India and South Africa have made a joint submission at the WTO seeking inclusive development of global e-commerce and measures, including technology transfer, to bridge the digital divide between the rich and poor that has “worsened’’ in the times of Covid-19.

The joint paper also highlighted the need for developing countries to enact laws on data sovereignty and preserve their policy and fiscal space to revive trade competitiveness.

The timing of the paper is important as it comes just weeks before the 12th WTO Ministerial Conference (MC12) where a group of countries, including Australia, Japan, Singapore and the US, are trying to push plurilateral negotiations on trade-related aspects of e-commerce that doesn’t have the support of many developing country members including India.

Citing an UNCTAD 2019 report, the two countries said in the paper submitted to the WTO Committee on Trade and Development on Thursday, “Three developed countries (US, Japan and Germany) together account for 45 per cent of global e-commerce sales…and a handful of digital platforms have captured the cross-border e-commerce markets. Covid-19 has further increased the market dominance of digital platforms and big-tech firms.”

The joint paper comes as a counter to the efforts being made by the proponents of the WTO negotiations on trade-related aspects of e-commerce to push a substantial agreement at the MC12 in Geneva on November 30-December 1. India and many other non-participants are concerned that these efforts, largely from the developed countries, could have a bearing on global e-commerce rules and worsen the equation between developed and developing nations.

On the importance of controlling domestic data, “The need to collect, store and process data and regulate its flows for development is well understood. For this, national laws and regulations, like laws regarding data sovereignty, will need to be designed and enacted,” it said.

The submission also raised concerns on the fast spread of 3D printing that could potentially replace almost 40 per cent of cross-border physical global trade by 2040 if investments in 3D printing is doubled. The most affected sectors would include labour-intensive ones in India such as textiles and clothing, footwear, auto-components, toys, mechanical appliances, and hand tools. 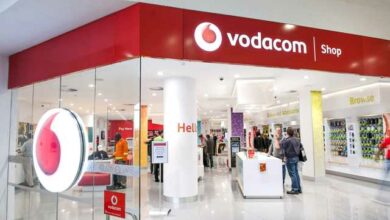