Facebook Twitter LinkedIn Tumblr Pinterest Reddit WhatsApp
A six-tonne asteroid that had entered Earth’s atmosphere and burst over the skies of Botswana, turning into meteorites across the Kalahari desert on June 2, 2018, now has its journey traced back to its origins, thanks to recent research. Published in the Meteoritics and Planetary Science journal this week, the international research was led by NASA Ames Research Center and the SETI Institute in the US, which also involved scientists from the Australian National University (ANU) and Curtin University in Western Australia. In their study, the group of astronomers reconstructed the journey of the 22-million-year-old asteroid through the solar system to study its impact on Earth, which is the first time that a study has precisely predicted a pathway.

This recent research provides new information about the solar system’s origins, including a better understanding of its second-largest asteroid and the only one visible to the naked eye,4 Vesta.

In their study, the team mapped the one-way trip of the asteroid, called 2018LA, using two of NASA’s hazardous asteroid-hunting telescopes and the ANU SkyMapper telescope, situated in New South Wales. CCTV camera footage also captured the final moments of the asteroid, as it engulfed into flames and turned into a fireball hurtling through the sky prior to impact.

ANU astronomer, co-author of the research, and Associate Professor Christian Wolftold ANU website that the asteroid had a 1.5-metre diameter, weighed about 5,700kg and travelled at around 60,000kph before entering Earth’s atmosphere and crashing into the ground. The meteorite that was created as the asteroid split into parts under Earth’s atmospheric friction is called Motopi Pan. Around 23 fragments of this meteoroid were picked up from Kalahari Desert for mineralogical analysis.

Scientists found that both Vesta and the meteorite contained Zircon grains that date back to more than 4.5 billion years ago when the Solar System was in its early phase. Curtin University astronomer Dr Hadrien Devillepoix told ANU website that the 2018LA asteroid was ejected from Vesta about 22 million years ago during an impact that formed a crater in Vesta’s Veneneia basin.

Read all the Latest News and Breaking News here 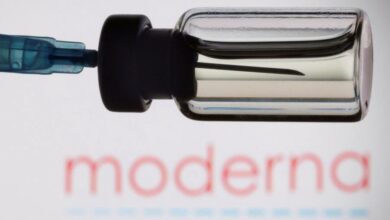