2018 LA, a 1.5-m-wide asteroid that disintegrated harmlessly over Botswana, Africa, just hours after its discovery on June 2, 2018, is only the second asteroid detected in space prior to impacting over land. According to new research, 2018 LA came from the inner main asteroid belt, where the large asteroid Vesta is found, and the impact that ejected 2018 LA in an orbit toward Earth occurred approximately 23 million years ago.

“This is only the second time we have spotted an asteroid in space before it hit Earth over land. The first was asteroid 2008 TC3 in Sudan ten years earlier,” said Dr. Peter Jenniskens, a meteor astronomer at the SETI Institute.

Dr. Jenniskens and colleagues were able to triangulate the location of the 2018 LA fireball’s main flare over Botswana.

The researchers then found 22 more fragments of 2018 LA deep inside the CKGR.

“One of these meteorites is named Motopi Pan after a local watering hole. This meteorite is a national treasure of Botswana,” said Dr. Mohutsiwa Gabadirwe, a geoscientist at the Botswana Geoscience Institute.

A non-destructive analysis showed that Motopi Pan belongs to the group of howardite-eucrite-diogenite (HED) meteorites, known to have likely originated from Vesta, which was recently studied in detail by NASA’s Dawn mission.

“We managed to measure metal content as well as secure a reflectance spectrum and X-ray elemental analysis from a thinly crusted part of the exposed meteorite interior,” said Dr. Tomas Kohout, a researcher at the University of Helsinki.

“All the measurements added well together and pointed to values typical for HED type meteorites.”

Dynamical studies showed that the orbit of 2018 LA is consistent with an origin from the inner part of the asteroid belt where Vesta is located.

The asteroid was delivered into an Earth-impacting orbit via the resonance situated in the asteroid belt’s inner side.

“We studied the petrography and mineral chemistry of five fragments of 2018 LA and confirmed that they belong to the HED group,” said Dr. Roger Gibson, a researcher at Witts University.

“Overall, we classified the material that asteroid 2018 LA contained as being howardite, but some individual fragments had more affinity to diogenites and eucrites.”

A previous hypothesis proposed that Sariçiçek originated from Vesta in the collision that created the Antonia impact crater imaged by the Dawn spacecraft.

Still showing a visible ejecta blanket, that young crater was formed about 22 million years ago.

One-third of all HED meteorites that fall on Earth were ejected 22 million years ago. Did Motopi Pan originate from the same crater?

“Noble gas isotopes measurements and radioactive isotopes showed that this meteorite too had been in space as a small object for about 23 million years, but give or take 4 million years, so it could be from the same source crater on Vesta,” said Dr. Kees Welten, a researcher at the University of California, Berkeley.

The team’s results were published in the journal Meteoritics and Planetary Science. 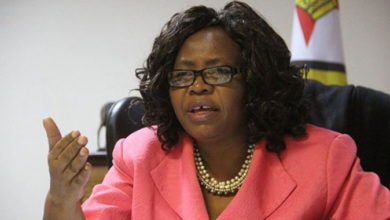 MLF leadership dissolved ahead of congress 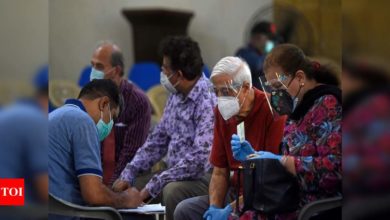