The general mood across trading floors is of a blockbuster surge in global growth this year as coronavirus vaccine rollouts and easing of lockdowns allow life to return to a semblance of normal.

Asia markets were mixed Monday as an early rally lost momentum with attention on this week’s Federal Reserve policy meeting, which comes as investors fret that economic recovery will fan inflation and force an interest rate hike earlier than thought.

The general mood across trading floors is of a blockbuster surge in global growth this year as coronavirus vaccine rollouts and easing of lockdowns allow life to return to a semblance of normal.

Bets on a strong rebound this year increased last week as Joe Biden signed off on his $1.9 trillion stimulus, which includes big cash handouts for struggling Americans.

The president’s pledge to ramp up the US inoculation programme with an aim for herd immunity around the summer also provided some cheer to traders.

However, the government stimulus combined with an expected boost in consumer spending has also ramped up inflation expectations.

That is reflected in the spike in government debt yields, particularly benchmark 10-year Treasury notes – a canary in the coal mine for coming price increases – fanning worries the Fed will be forced to hike borrowing costs.

And while yields remain relatively low, Charles-Henry Monchau of FlowBank SA said: “It’s not just a question of level, it’s a question of pace.

“Are we going to move on the bond yields too quickly too fast for the market to adjust or is it going to be a smooth journey to higher bond yields?”

The Fed’s reaction to market angst over rising yields will be closely watched when it holds its two-day policy meeting from Tuesday.

The bank’s ultra-loose monetary policies, including record-low interest rates, have been a key pillar of the surge in equities over the past year but fears of possible tightening moves have seen that wobble in recent weeks.

Still, analysts expect it to maintain its dovish position, with governor Jerome Powell likely to reiterate that policymakers are willing to accept higher inflation to get back to full employment for the foreseeable future.

“The Fed has said that until the real improvement in employment and in the economy, they’re not going to budge,” Frick told AFP. “I really don’t think they’re going to waver.”

Treasury Secretary Janet Yellen on Sunday played down inflation fears, telling ABC’s “This Week” she saw only a “small risk” and “absolutely” does not expect a return to the runaway inflation of the 1970s.

The Dow and S&P 500 ended Friday at an all-time high for the second day in a row but Asia was unable to keep up the momentum, with a morning advance fizzling.

London, Frankfurt and Paris rose at the open.

Patrik Schowitz, at JP Morgan Asset Management, said he was upbeat about the outlook for markets.

“Last week did little to challenge our conviction macro views: strong growth is ahead, driven by economic reopening and turbo-charged by fiscal stimulus and loose monetary policy,” he said in a commentary.

“Despite elevated valuations across both equities and credit it’s very hard not to be positive on risk assets in this environment.”

The bulk of the rise in bond yields may be done for now, he said.

“On a middle of the road view, there’s certainly more upside for equities, but probably somewhat constrained by already-high valuations.” 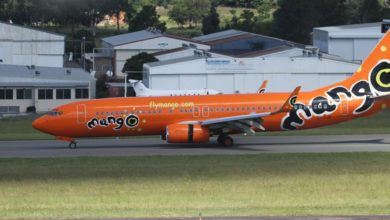