News that several European countries had stopped administering the AstraZeneca vaccine on safety fears, dealing a blow to the continent’s already stuttering inoculation programme, appeared to have little impact on sentiment.

As the US vaccine programme kicks on and Americans begin to get their government cash handouts as part of President Joe Biden’s mega-stimulus, investors are betting that months of pent-up spending will soon be let loose on the world’s top economy, a key driver of global growth.

Expectations for a surge in activity in the second half of the year, backed by huge government rescue packages and central bank largesse, have helped power world markets to record or multi-year highs.

However, the rocket-powered recovery has investors growing increasingly worried about soaring inflation that could force national banks to wind down the ultra-loose monetary policies that have helped send equities higher.

US benchmark 10-year Treasury yields – a guide to future interest rates – have risen to a one-year high in recent weeks.

Still, for now the positive economic benefits were winning the tug of war with inflation fears.

Wall Street’s three main indexes chalked up healthy gains with the Dow and S&P 500 hitting new all-time highs and even the Nasdaq – which has suffered from a shift out of tech stocks over the past month – enjoying a healthy run-up.

London, Paris and Frankfurt continued the rally in early trade.

“On the heels of the reopening optimism, stocks again become a flat-out buy as tailwinds from an expected stimulus-induced shopping bonanza will find their way into higher corporate profits and higher earnings per share,” said Axi strategist Stephen Innes.

“Markets continue to move based on the expectation of a post-virus boom. At least that is the dominant narrative right now. The economy, boosted by another round of stimulus, will surge once the virus is under control and things return to normal.”

Referring to Biden’s hope that Americans would be able to celebrate Independence Day together in July, Innes added: “I have some news for the Biden administration; the party has already started.”

The Fed’s latest two-day policy meeting, which begins Tuesday, is front and centre of investors’ minds as they look for its response to the rally in US bond yields that has rattled trading floors.

However, the general consensus is that policymakers will maintain their vast bond-buying scheme and keep rates at record lows until 2023.

Fed boss Jerome Powell “will rely on the short-term risks to the outlook to defend his ultra-easy monetary stance”, said OANDA’s Edward Moya.

“Powell will likely replay his best hits when discussing inflation, noting that price increases later in the year won’t be large or persistent. The summertime is when inflation could rear its ugly head, so Powell should be able to push back any concerns until then.” 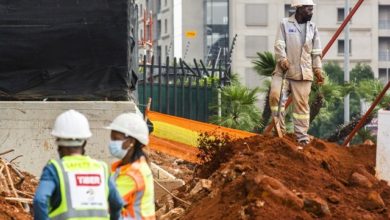 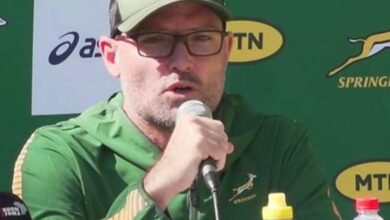