Most stocks fell in Asia on Friday as the euphoria from the Federal Reserve’s upbeat economic outlook was replaced by fears the recovery will fan inflation and force policymakers to wind back on their pledge to maintain record interest rates for as long as needed.

While mind-boggling amounts of government stimulus and central bank support have helped the global economy bounce back from last year’s virus-induced collapse, traders have been battling for weeks to reconcile the bright outlook and the danger of runaway prices.

The Fed on Wednesday sought to placate the pessimists by once again promising it will not touch rates until it is satisfied unemployment has been controlled and inflation is running hot for an extended period.

Bank boss Jerome Powell and Treasury Secretary Janet Yellen have repeatedly said the expected lift in inflation this year would be short-term and that a rally in benchmark Treasury yields – a guide to future rates – was a sign of confidence in the economy.

After dipping Wednesday, yields hit a 14-month high on Thursday, sparking a plunge in US markets with the Nasdaq more than 3% down as tech firms are more susceptible to higher interest rates. The Dow and S&P 500 retreated from record highs.

And the losses carried through to Asia where Hong Kong dropped 1.9% and Shanghai shed 1.7% with Tokyo and Taipei also shedding more than 1%. Manila sank almost three percent with Sydney, Seoul, Jakarta and Bangkok also in the red.

Tokyo’s Nikkei was also dealt a blow after the Bank of Japan said it would stop buying exchange traded funds linked to the index as part of its economic support programme. Instead it said it would focus on the Topix index, which pared early losses.

Markets were also jarred by news that the first top-level talks between China and the Biden administration, held in Alaska, had got off to a rocky start with both sides swapping barbs on issues including Hong Kong, trade and human rights.

“There is a fear brewing that the Federal Reserve’s monetary policy will spur on inflation to a level that will ultimately force their hands sooner than later,” said Axi’s Stephen Innes.

“And make no mistake, we are very much in a ‘growth up’ and ‘rates up’ world, and at the end of the day, we will always end up with more questions than answers in this type of environment.”

“Economic recovery is on its way and we have central banks around the world very committed to easy monetary policy,” she said. “All of that together will indicate this is just short-term profit-taking and the underlying fundamentals of the equity market are looking very strong.”

The edginess among investors was partly being pushed by worries that Europe’s recovery could be knocked off course as a rise in new virus cases forces some governments to reimpose containment measures.

French Prime Minister Jean Castex on Thursday said Paris and several other regions would go into limited lockdown after the country saw its highest daily caseload in nearly four months.

Bulgaria and Ukraine were also due to unveil tougher restrictions, while the World Health Organization issued a warning on rising infections in Central Europe and the Balkans.

The increase in new cases comes as leaders on the continent moved to resume administering the AstraZeneca vaccine after halting it over blood clot fears. Medical experts concluded there was no threat from the jab but the move jolted an already stuttering inoculation rollout in Europe.

Oil markets stabilised after taking a seven percent hammering Thursday in reaction to data showing a jump in US stockpiles to their highest since December as well as worries about demand in Europe caused by the new lockdowns.

National Australia Bank’s Rodrigo Catril said there were also concerns about rising tensions between the US and major producer Russia.

“With the US threatening sanctions, analysts are speculating Russia could retaliate by flooding the market with oil,” he said in a note. 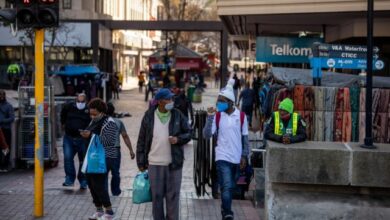 Kalonzo Musyoka to be feted for peace efforts