GOALKEEPER Washington Arubi has thrust himself in the frame for selection into the Warriors squad for September’s World Cup qualifiers after producing a superb first-half performance in Zimbabwe’s opening Group B match against Mozambique in Port Elizabeth, South Africa, yesterday.

The veteran goalkeeper marked his return to the national team since 2015, with two superb saves in the first half to keep the Warriors in the game.

Zimbabwe gradually improved and matched their opponents, giving Arubi not much work to do in the second half as he was reduced to a mere spectator of the action.

In his post-match media briefing yesterday, Warriors coach Zdravko Logarušic, who finally travelled to South Africa on Tuesday after being initially denied entry the previous day, was full of praise for Arubi.

“That is the reason we brought three experienced players in the team — the goalkeeper, a central defender (Jimmy Dzingai) and our playmaker (Ovidy Karuru) to provide a spine for the team, so I’m happy with what he (Arubi) did today,” he said

Arubi was modest about his performance and told NewsDay Sport that he was not looking beyond the Cosafa tournament.

“As I said before, I’m just happy to be back and also I want thank the coach for giving me this opportunity to represent my nation which is every player’s dream,” Arubi said.

“I am going to work harder and do my level best to help the team to do well. I am not thinking too much about the future. For now, I am focusing on the Cosafa tournament,” the goalkeeper added.

Arubi forced himself back into the Warriors reckoning after a good season with Marumo Gallants, formerly Tshakhuma Tsha Madzivhandila, where he helped them win the Nedbank Cup last season.

He was named Player of the Tournament for his exploits.

Many believe he could be the answer to the problems facing the country in the goalkeeping department.

Logarušic travelled to the Cosafa tournament with a squad featuring players on the fringes of selection for the World Cup qualifiers, and except for Arubi, no one who featured against Mambas will really feel that they did enough to stake a claim in the main Warriors squad.

Mozambique created the better chances, but could not just find the breakthrough.

They pressed Zimbabwe high up the pitch, forcing them to play high balls behind the defence lines.

Logarušic’s men managed just two shots on target the whole match. They came close to score moments before the final whistle but Karuru headed inches wide, while substitute Richard Hachiro blazed over from a rebound after Delic Murimba’s tame shot had been blocked.

“I’m a bit unhappy that we didn’t win, but also happy that I didn’t lose,” said Logarušic, who blamed his team’s lethargic performance to the absence of a running league in the country.

“Before coming here, we didn’t have any official league games except cup games, so this is a good start for us because we didn’t lose. We had some chances and they also had theirs so in the end I think it’s a fair result.”

The clash against Mozambique was initially set for today as a Group C match, but was brought forward after Cosafa was forced to alter its format following the late withdrawal of Madagascar from the tournament, which will now have two groups of five teams each.

With Comoros also having earlier withdawn, it left the original Group B with only Zambia and Malawi.

Zambia has since been put in Group A along with hosts South Africa, Botswana, Lesotho and Eswatini.

Malawi are now in the “new” Group B, which also contains West African guest nation Senegal and Namibia.

Zimbabwe will play Malawi tomorrow before facing Namibia on Sunday. They will conclude their group games on Tuesday.

The top two nations in each group will advance to the semi-finals.

The world's third largest unusual diamond has been discovered in Botswana 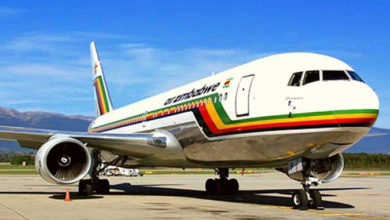