Winters in Zimbabwe remind me of the observation experiment we used to do in Form One. Our science teacher would bring in three beakers: one with water from the fridge, one with water at room temperature and another with warm water.

He would make us place one hand in the cold water and the other in the warm water for a few minutes and then quickly pull out both hands and place them in the water at room temperature. The hand from the cold water would feel warm, the hand from the warm water would feel cold. Morale of the story is, even if the geography books tell us the winters here are mild, they are just as bad as and feel like those famous Siberian winters to us.

A familiar feature of our winters here is the power cuts that come like regular clockwork each winter when we need our electricity the most. According to the government, it’s going to be the same this year. We are already seeing load-shedding during the peak evening hours. The minister of energy has just given us confirmation.

We have engaged our usual power utilities and others in the region but they told us that they will not be able to supply us.

Forecast demand is about 1400 MW against internal generation of 1200 MW, we will have a deficit of 200MW. We will resort to load shedding but it will not be severe; not more than two hours per day and this will not disrupt major economic activities…

Zesa is also looking at bringing back unit 5 at Hwange on the weekend and this should help us boost supplies.

In the past a number of reasons have been given:

However you want to look at it, it’s the government’s fault. They run ZESA and its subsidiary ZPC which has been failing to meet the demand for the past 20+ years. It’s the government’s duty as the operators of ZESA to make sure that they improve Zimbabwe’s power generation capacity. It’s a task the government has just simply failed at.

Now they are talking about exploring the use of nuclear energy in order to solve this issue. My colleague has already examined the feasibility and viability of such an option for Zimbabwe with grace and kindness in this article. I am not one for such kindness-it’s typical government nonsense I am afraid. It is not going to happen.

Let me explain. For some reason, our government officials sometimes do take a break from issuing threats and surprise bans and when they do, they go into throes of euphoria during which they make the most wonderous pronouncements and promises that have no hope of seeing the light of day. It’s either that or they are signing big figure mega-deals that go nowhere.

Let just look at such pronouncements issued in recent weeks:

I could go on to mention the whole satellite launching thing from a few budgets ago but that just being petty-no sense in proving what we all already know is there? Experience has taught me to be sceptical when a Utopian project is promised where a simple solution would do. The government should be focusing on simple projects that would easily solve our problems.

An article written in the dark

Again, a government that cannot revive ZISCO steel or see through a 100MW solar power plant shouldn’t be talking about nuclear energy. They have to know it doesn’t make sense. If I sound angry, remember this article was written during another load-shedding power cut on my phone.

Motoring: How about pouncing on a new Ford Puma? 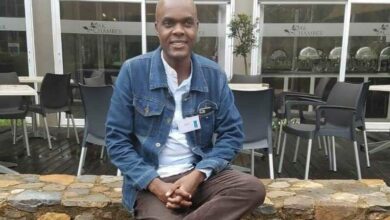