Frustrated Zimbabweans have called on ZIFA to fire national team coach, Zdravko “Loga” Logarusic. This comes after the Warriors lost their latest match, 1-0 to Ethiopia. The two teams were playing in a 2022 World Cup Group G qualifier at the Bahir Dar Stadium on Tuesday.

The Warriors now lie at the bottom of Group G with only one point from 2 games played. They are the only team in the group without a win. Unsurprisingly, this did not go down well with Warriors fans, who called for the football authorities to fire the “clueless” coach.

Many highlighted that the Warriors seem to be sliding backwards under the Croat’s tutelage. Critics highlighted the since taking over the job, Logrusic has only managed a measly solitary win from 14 matches. He has also lost 8 matchs out of the 14 he has been in charge of.

Perhaps, even more, frustrating for some supporters Loga never seems to take any responsibility for the team’s failures, choosing to blame match officials and other factors. This has not endeared him to supporters who called on him to accept responsibility and do the honourable thing by resigning.

Below are some of the reactions from frustrated Warriors supporters.

You can’t just go around blaming everybody but yourself. Take responsibility and do the right thing. Baya! pic.twitter.com/yNCcS4EmtF

Good morning my friends at @online_zifa

Give the people what they want:

1. Dismiss Logarusic when he lands at the airport today
2. Appoint a local coach
3. It’s no secret the people’s favorite coach

For professional reasons, I can’t publicly say his name. You know!👊🏾🇿🇼 pic.twitter.com/5YJvL7rPXn

Dear @online_zifa
As a concerned citizen and a true warriors supporter ,may you kindly assist me & the rest of the country’s warriors fans by relieving Mr Logarusic from his duties with immediate effect. Surely 1 win from 15 matches should be a great concern!
Thanks #LogaOut

Logarusic must go, we can not entertain failure. He has failed, and incompetence should be a good reason to fire him. Zim Warriors deserve better, he has reduced Zim to non-entity. I am disappointed with warriors performance #CharlwesMabika#Logarusicmustgo#zimwarriors……

@SteveVickers5 did you expect anything different? Man as for me I knew we would lose the match the day the draw was announced. The Warriors coaching job is a vacant post. Logarusic is Not a coach. The dude is just a useless Croatian tourist. Nothing works with Logarusic

Kuti Logarusic is awful and clueless is not his problem.

He doesn’t employ himself https://t.co/c5fV6Wjlk1

Speaking after the defeat in Ethiopia, Logarusic claimed that the team had played well and that the Warriors had not disappointed the fans.

“We tried our best at the moment and with some individual mistakes and some wrong refereeing decisions we lost the game but I think we didn’t disappoint with the game, we didn’t disappoint Zimbabwean supporters, sometimes you don’t deserve to lose but you lose,” the coach said after the game.

“We have to focus on the next game, we have two games against Ghana, that means we have to pick up those three points there (in Ghana) and three points here (in Harare),” he added.

Articles You May Want To Read,

For marriage, family, love, job/promotion. Goodluck in your business/lottery, court cases, diseases and other Spells kindly call Kiwanga Doctors on +254 769404965 or >>>> CLICK HERE.

Springboks relaxed over return of crowds: 'Now the old normal is weird again' 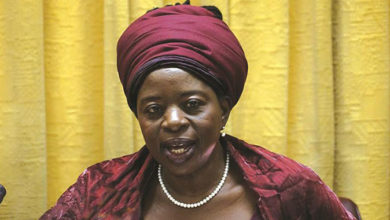 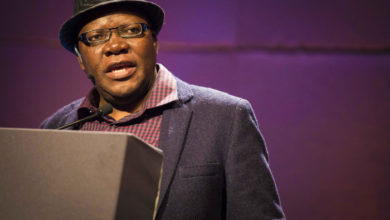 How the Musina-Makhado SEZ will parch the people of Zim…