The ANC plans to argue against an urgent court interdict which seeks to halt the Gauteng ANC Conference.

Gauteng chairperson David Makhura said the party’s constitution was clear on the powers of the national executive committee (NEC).

He was responding to questions on the sidelines of the conference held in Benoni, Gauteng.

He argued that the NEC had erred when it gave the provincial executive committee (PEC) the go-ahead to hold the conference.

Sithole said the conference could not go ahead while the issue of the 19 votes from five Ekurhuleni branches remained unresolved.

He wants to interdict the conference and set aside the NEC decision taken on Friday.

“By allowing the conference to proceed, the ANC NEC in effect permitted disputed delegates to participate in the election of the PEC,” Sithole argued.

On Friday, following a lengthy meeting, the NEC decided to throw the issue of the five branches back to Gauteng province for a resolution. The NEC said the new PEC, to be elected at the conference, was best tasked to deal with the matter.

The Ekurhuleni regional conference saw the provisional victory of Mzwandile Masina against his opponent Doctor Xhakaza.

The small margin between the two led to concerns about the importance of the 19 votes. The votes were quarantined because of the questionable status of the branches.

Those supporting Xhakaza believe the votes could swing in his favour, while those on Masina’s side believe the ballots may not be significant.

Masina and his long-time ally, Ekurhuleni regional secretary Thembinkosi Nciza were accused of manipulating processes to allow certain branches to participate at the conference.

Makhura said on Saturday that the ANC constitution was clear that the matter of regions should be resolved by the province and not the NEC.

This was contrary to Sithole’s legal arguments.

I have just spoken to the treasurer-general, Paul Mashatile, to confirm we have seen the court papers that have been served by one delegate. The ANC will defend the case, the conference is proceeding, and we will put our case.

“The national and provincial are working together. The ANC constitution is clear there are matters dealt with by the NEC, and the PEC deals with matters. We are very clear on the decision we took, and the conference goes ahead,” Makhura said.

The PEC said the issue of the five Ekurhuleni branches would not impact the conference because the same 19 votes will be quarantined at the provincial conference.

The conference was delayed by hours, with it only resuming on Saturday afternoon. Delegates had yet to discuss the party’s reports and adopt credentials.

Makhura said the delays were due to bogus delegates and outstanding disputes spotted on Friday night. He said delegates had to be verified again from their hotel venues.

He said provincial leaders did not want problems once credentials were debated for adoption.

News24 previously reported that sideline meetings discussed a possible unity slate between rivals Lebogang Maile and Panyaza Lesufi. Both men were expected to be nominated for the chairperson position.

Can talks of a unity leadership election succeed at Gauteng ANC provincial conference?

October school holidays won’t be scrapped, despite loss of more than half of learning time last year – Motshekga

21-year-old Florida mom shot in the head, killed by her toddler while on a Zoom call with co-workers 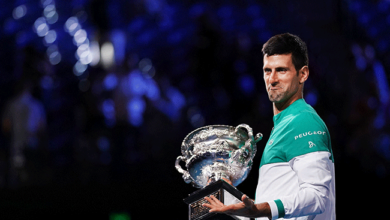 Australia agrees to delay Djokovic deportation after cancelling his visa