South Africa’s economy has been in a bad shape since 2015, with the situation made worse by the Covid-19 pandemic, says the ANC’s head of economic transformation Enoch Godongwana.

While the outlook for 2021 is largely positive, Godongwana says the ANC itself has admitted to ‘dropping the ball’ over the last 10 years.

He told the SABC that two specific issues have been directly detrimental to the economy and are of the government’s ‘own making’.

“The first one is the electricity shortages. It is unacceptable that we have had shortages since 2008 and we continue trying to fix Eskom and electricity supply.

“The second issue has been the weakening of state institutions through various means – including corruption.

“So those issues we must admit have not helped the economy and therefore exacerbated unemployment and poverty issues. Those are the issues that have got to be tackled head-on moving forward.”

Godongwana said that GDP growth does not on its own translate to large employment creation, so extraordinary measures are necessary.

He said that a large number of unemployed South Africans are youth between the ages of 15 and 24. This age group should be in the education system and there should be a focus on preparing these South Africans for the workforce.

Another large group of unemployed South Africans are graduates or have some tertiary education, so the focus should be on transitioning these people to a work environment.

In addition to this, Godongwana said that the rest of the country’s unemployed population should also be assisted – including through income support.

However, he said that young people in South Africa cannot be condemned to ‘perpetual dependence on grants’ and that government needs to make sure that the youth are properly trained and that there is a transition from education to work.

“What that means is that whatever measures we introduce, we need to find ways of growing the economy to such an extent at we can absorb these people. We then need to look at the remainder of the population and cushion the impact on them.”

He added that the R350 Covid-19 Social Relief of Distress (SRD) grant has been temporarily extended to give the government time to work on a ‘new dispensation’, with a proposal around grants and unemployment to be introduced within the next financial year.

Read: Projections show South Africa as having one of the slowest post-Covid economic recoveries

Tatjana Schoenmaker reflects on emotional silver win: 'I couldn't keep it in' 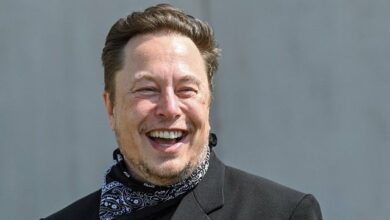 David Lan on The Walk — creating a ‘corridor of friends’