There are a vast array of informal institutions in Ghana and South Africa that mitigate against women getting into office, and against them getting there in the first place, writes Diana Højlund Madsen and Amanda Gouws.

Only a quarter of parliamentary seats across the world are occupied by women. In Africa, this figure masks a very uneven development with high numbers in countries like Rwanda (64%) and South Africa (46%). At the other end of the spectrum is Ghana (14%), Botswana (10%) and Nigeria (3%).

A new book, Gendered Institutions and Women’s Political Representation in Africa, examines the intricate dynamics of the formal and informal institutions influencing women’s political representation in eight African countries. In this article we reflect on South Africa and Ghana.

In South Africa, the ruling party, the African National Congress (ANC) introduced a 30% quota before the first democratic elections in 1994. In 2009 it changed this to a 50% quota for women in parliament. That has not yet been achieved. The country’s parliament is made up of 400 members, 249 of whom belong to the ANC. Other parties do not have quotas for women.

In the case of Ghana, efforts are only now underway to get a bill through parliament that would even participation and representation. Currently, only 14% of the country’s parliamentarians are women.

We conclude that the solution lies in addressing the informal constraints and ensuring gender mainstreaming in the political parties themselves in both countries.

The case of Ghana

Ghana was the first country in sub-Saharan Africa to introduce a quota for women in parliament. In 1959 it earmarked 10 seats for women out of a total of 114. But this initiative ended when Nkrumah was deposed in 1966.

Women’s political representation in Ghana has never exceeded the present 14%, with 275 seats in parliament. In 1998, during the Jerry John Rawlings regime, an administrative directive was adopted. The aim was to equip the National Electoral Commission to encourage all the political parties to have more women candidates with a target of at least 40%. It was never implemented.

Since 2011, the work with an affirmative action bill has been ongoing. But, despite the rhetorical commitments from both the National Democratic Congress and the ruling New Patriotic Party it has not been adopted yet.

An affirmative action bill coalition has even been formed to get it through. But a weak national gender machinery and resistance by some male MPs has hampered its adoption.

In addition, there are a vast array of informal institutions that mitigate against women getting into office, and against them getting there in the first place.

Women MPs point to a toxic environment in which a politics of insults, ridicule and rumour work against having more women in political offices. Women are put under more scrutiny than their male counterparts. They are also attacked by political opponents because of their appearance, gender and sexuality. They endure derisive comments about their make-up and have often being labelled prostitutes.

In 2020 the woman running mate from one of the major political parties, the National Democratic Congress, Naana Jane Opoku-Agyamang, was derided as a “witch” by an influential member of the ruling New Patriotic Party.

Pressure eased somewhat through a 50% reduction in 2012 in the filing fees for women candidates. But the big expense is on campaigning. Being dependent on male networks to access resources also exposes women to rumours that they provide sexual favours in exchange for financial support.

The case of South Africa

South Africa has put in place a comprehensive set of state structures to promote gender equality. These include an office of the status of women, an empowerment unit in the speaker of parliament’s office, a portfolio committee for monitoring gender equality and an independent commission that’s responsible for gender equality.

But informal institutions and ways of working have blunted gender transformation in the country’s parliament.

Three in particular mean that the process of selecting women for political office is subject to the influence of party loyalties.

The first is ‘slate politics’ which involves a predetermined list of candidates’ names to be considered for nomination prior to an election. For example, before elections different factions of the African National Congress (ANC) will have their slates ready with names of party loyalists. This does not necessarily include women in a fair and equitable way. And the effect of this is that women’s representation is beholden to the goodwill of men.

Secondly, the repurposing of state institutions in a way that undermines their original mandates. For example, the integrated set of institutions that should ensure gender equality was replaced by a single ministry with consecutive ministers whose loyalty to the ANC prevents a gender equality agenda.

Finally, women have to contend with the ANC Women’s League that organises women on behalf of the ruling party. The main mechanism through which the league achieves compliance is loyalty to the party, and through patriarchal bargains that promote women’s careers in government.

Nor are the formal institutions in parliament able to change this as the Women’s League views itself as the gatekeeper of women’s recruitment and positioning.

The adoption of quotas is seen as the solution to ensure women’s representation and political empowerment in countries with a low representation of women in parliament. Ghana is a case in point.

But South Africa’s experience shows that to achieve substantive gains on gender equality it’s necessary to look beyond formal gender equality reforms. Attention needs to be given to tackling the informal institutions that work against having more women in political offices, or when they get there making it impossible for them to promote gender equality.

The political parties in both countries are key actors. In Ghana the New Patriotic Party and National Democratic Congress need to distance themselves from the politics of insults, ridicule and rumours. They could also set up a fund to support women running for public office.

The processes of putting a quota in place and who controls the electoral mechanisms that give effect to quotas (like getting women onto party lists) should be monitored more carefully. And, in South Africa, the ANC has to put in place more formal and transparent procedures and criteria for the selection of candidates.

In both countries, fixing the lack of representation needs to start with the parties themselves.

This article is republished from The Conversation under a Creative Commons license. Read the original article. 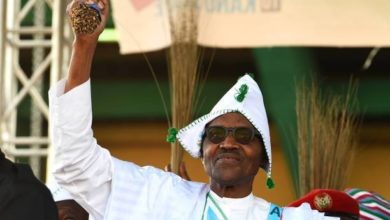