After almost two years at the helm, the former Kenya and Libya coach has announced his imminent departure from the Southern African country

Adel Amrouche has disclosed that he will quit his job as Botswana coach after the 2021 Cosafa Cup that will take place in July.

Amrouche’s decision comes after the Zebras failed to make it to the 2021 Africa Cup of Nations in Cameroon and also advance to the group stage of the 2022 World Cup qualifiers.

Botswana managed just a win during the Afcon qualifiers (1-0 vs Zambia) and they finished at the bottom of Group H with four points after six matches, behind Zambia, Zimbabwe and leaders Algeria.

In 2019, they started their World Cup qualifying campaign on a promising note with a goalless draw against Malawi at the Francistown Stadium but their hopes of playing in Qatar were dashed after a 1-0 loss in the second leg.

“Everything with a beginning has an end! Thank you to the Botswana Football Association, the players and the technical team. And thank you, especially, to you; Botswana,” read a statement from Amrouche.

“As I look to the future, I embrace the lessons learnt from my two-year stay in Botswana. It came with a lot of challenges, chief among them, the fact that Botswana has had no competitive football for the last 15 months.

“Sadly, the bulk of the national team players ply their trade in the domestic league, which is semi-professional. Having gone for over a year without any football many their match fitness was compromised as we played the crucial Afcon qualifiers.

“Nonetheless, I leave content that I have overseen the move of a number of footballers to clubs outside Botswana. My thinking has always been that the more players get exposed to more professional leagues, the better for the national team.”

The 53-year-old Algerian added that he will help the Zebras have a good outing at the 2021 Cosafa Cup which will begin on July 7.

Botswana are paired against host country South Africa, Eswatini and Lesotho in Group A.

“I intend to see off my contract with the BFA with the utmost professionalism and the upcoming Cosafa Cup tournament will be my final assignment. I will give everything as I have always done,” Amrouche continued.

“Once again, thank you to the BFA president Mr. McLean Letshwiti and the vice-president Masego Ntshingane for entrusting me with the Zebras over the last two years.

“That being said, I wish Botswana the very best in future competitions!”

70 of the world's most unusual places to stay in 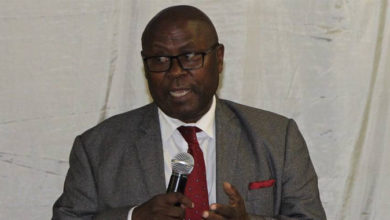