The e-commerce giant Amazon has quietly redesigned its app icon after some customers saw a resemblance to Adolf Hitler’s infamous moustache in it.

In February, Amazon released an update to its flagship shopping app with a new logo. It dropped its long-time shopping cart image, which had been in place for more than five years, in favour of Amazon’s smiling-face-arrow on a package with a ridged piece of blue tape. Positioned on top of the smile line, it looked a bit like the moustache of German dictator Adolf Hitler, users on Twitter pointed out. After that, the company has updated its app logo again and folded the tape on top of the image.

The new design is very similar, but the adhesive tape strip has been redesigned to look nothing like a moustache.

As reported by Mashable, Amazon would not officially admit that this was the reason behind the redesigning icon.

In a statement to The Verge, the company said it “designed the new icon to spark anticipation, excitement, and joy when customers start their shopping journey on their phone, just as they do when they see our boxes on their doorstep.”

Tell me why the Amazon logo looks like the Avatar 😭😂 pic.twitter.com/yPfOgcdZf1

who else weirded out by the new amazon app logo 🥲 pic.twitter.com/oMjgESymoo

i keep thinking the new amazon app logo is aang from avatar 😭 pic.twitter.com/YkIdcvNruh

In January this year, the e-commerce platform Myntra revised its logo after a complaint was filed with the Mumbai cyber police against the logo, terming it as ‘offensive’ and ‘insulting to women’.

Naaz Patel, an activist from the Avesta Foundation, had filed a complaint in December 2020 as she found the Myntra logo to be insulting and offensive towards women.

(With inputs from agencies) 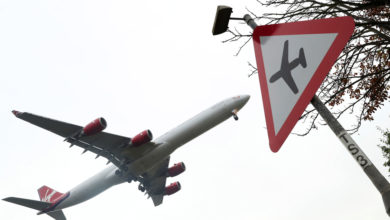