Nearly half of American adults have received at least one coronavirus vaccine dose, including more than eight in 10 seniors, the Centers for Disease Control and Prevention reported Saturday, as more states open up eligibility to every adult who wants a shot.

Some 49.7% of adults have received at least one vaccine shot, according to the CDC.

Over 30% are fully vaccinated, meaning they’ve received two doses of Pfizer or Moderna’s vaccines or one dose of Johnson & Johnson’s single-shot vaccine.

Seniors are especially likely to have been immunized: 80.7% of Americans aged 65 and older have received at least one vaccine dose, and 65.3% are fully vaccinated, shielding them from a virus that has killed more than 400,000 U.S. seniors.

205.9 million. That’s how many vaccine doses have been administered in the United States as of Saturday. The vast majority are from Pfizer or Moderna, but about 4% are from Johnson & Johnson, whose vaccine was paused by federal regulators this week due to extremely rare reports of blood clots among patients who had received shots.

What To Watch For

Herd immunity. Experts like Dr. Anthony Fauci say between 70% and 90% of Americans will need to develop immunity to the coronavirus, either through vaccination or prior infection, before the virus is unable to spread freely. Reaching this benchmark could prove difficult: Children make up about 22% of the U.S. population, but vaccines have not been approved for anyone under 16 yet, and around 20% of adults remain hesitant to get vaccinated.

After a slow start in mid-December, the United States has rapidly sped up the pace of vaccinations, as drugmakers ramp up manufacturing and states broaden eligibility for shots. The United States has now distributed more vaccines as a proportion of its population than most countries, aside from the United Kingdom and smaller nations like Chile and Israel. The effort faced a major setback this week, when the Food and Drug Administration recommended a halt in administering Johnson & Johnson shots while reports of blood clots are investigated. Still, officials like Fauci are hopeful the vaccine will return to circulation in the coming weeks.

Despite a speedy vaccination campaign, the United States is still grappling with a large number of coronavirus cases. In the last week, the country reported about 70,000 new infections every day on average, down from January’s peak of around 250,000 cases per day but well above last April’s 30,000.

Full coverage and live updates on the Coronavirus

Starlets friendly against Zambia called off 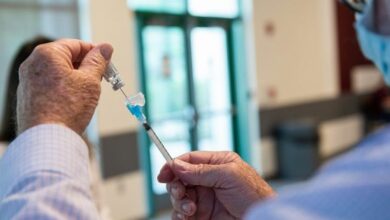 Brains do not slow down until after age of 60, study finds | Ageing 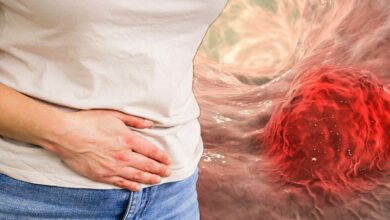 Bowel cancer symptoms: 5 key signs you should not ignore – when to see your GP 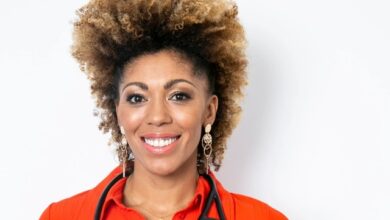