The 38-year-old died after he was shot in the right shoulder at 11:00 on Saturday in Bonteheuwel.

The incident has sparked fears of re-igniting a war between rival gangs the Hard Livings and the Dixie Boys.

It is alleged that Swartz was a leader of Dixie Boys.

City of Cape Town councillor Angus Mckenzie said he fears that the shooting will resuscitate rivalry between the Hard Livings and the Dixie Boys.

Mckenzie has called on eyewitnesses to inform the police about the incident in order to maintain peace in the area.

“I have met with law enforcement agencies and briefed them on the need to step up patrols in the area and ensure that no stone is left unturned in arresting the culprits,” said Mckenzie. He said it was critical that those who witnessed the shooting provide the necessary information to the police, and that the investigating officers and SAPS, “… not just handle the matter discreetly,” said Mckenzie.

He said the threat of retaliation shootings is extremely high, and residents are requested to be highly vigilant and cautious.

Mckenzie added that those who can provide helpful information [to solve the case], can use the confidential tip-offline or contact 021 480 7700.

Western Cape police spokesperson Brigadier Novela Potelwa said while circumstances of the shooting are under investigation, “… preliminary indications suggest that the shooting is gang-related and SAPS investigators are pursuing several leads.”

Potelwa said a case of murder had been opened. She added: “Police in the Western Cape continue to monitor several crime hotspots including the area where the shooting incident occurred in an effort to ensure safety in the various communities.

“Details of police deployments and interventions constitute operational information hence they cannot be discussed in the public domain. Members of the community with information about planned criminal acts are advised to share it with police.” 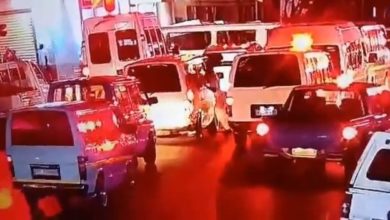