FORMER South African bowling great Allan Donald will be in Windhoek for the next week to take part in an Eagles white ball camp hosted by Namibia national coach Pierre de Bruyn.

“Cricket Namibia is honoured to announce that the former South African pace bowler Allan Donald, often nicknamed ‘White Lightning’ will be in Windhoek for the camp,” Cricket Namibia said on its website on Wednesday.

Donald was one of the top fast-pace bowlers in test cricket, reaching the top of the ICC Test rankings in 1998. The right-arm pace bowler is a specialist bowling coach, with years of experience at the highest level and he will head up the bowling at the Eagles camp.

“Looking at the recent tours against Uganda and SA Emerging, it is clear that bowling in white ball cricket is becoming harder for bowlers to dominate,” he said, adding that proactive planning and strategies are crucial and that is the aim for the upcoming camp.

Under-19 national players are preparing for the World Cup qualifiers set to take place later this year in Nigeria, and De Bruyn said they would use the camp to improve their bowling skills.

“It is a great opportunity for the u19 bowlers to be involved and to expand their thinking and strategies.”

Eagles fans and cricket lovers are invited to tomorrow’s practice session with the Eagles and Donald, starting at 10h00 at the Wanderers field.

Eagles compete in a Tri-series against Scotland and Nepal in June, a Pink Series in August against the Titans, and eventually head off to India for the T20 World Cup in October.

New York is getting a new glass elevator ride 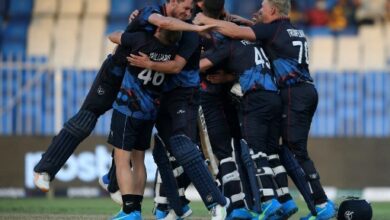 Namibia’s economy expected to grow by 1.4 percent in 2021 – central bank