Algeria close out their qualifying campaign for the 2021 Africa Cup of Nations against Botswana at the Mustapha Tchaker Stadium on Monday.

The reigning champions have already booked their place at next year’s finals while the Zebras are eliminated from the race.

However, Djamel Belmadi‘s side will be looking to finish as the winners of Group H. They are three points clear of second-placed Zimbabwe and unbeaten in the campaign so far.

The Desert Warriors won each of their opening three games to become one of the first sides to qualify for the Cameroon showpiece. But since then, it’s been a rocky road for them.

They were held to a 2-2 draw by Zimbabwe on matchday four, and earlier this week, played out a pulsating 3-3 stalemate to lowly Zambia.

One thing going for Algeria though, is that they’re one of the 10 sides still unbeaten going into the final matchday. They will aim to wrap up the qualifiers on a resounding note.

Botswana’s first and only appearance at the AFCON came in 2012. They will need to wait for their return to the top continental stage as last week’s 1-0 defeat to Zimbabwe ended their qualifying hopes.

The Dipitse will hope to avoid finishing last in the group, as they’re currently third and sit above Zambia courtesy of a better head-to-head record.

Algeria and Botswana had never met before these World Cup qualifiers. Their first meeting, coming in November 2019, ended in a 1-0 victory for the current AFCON champions in Botswana.

Rachid Ghezzal, on target in the last match against Zambia, went off injured at halftime. The coach has reassured fans that his knock is not serious, but Ghezzal may still be rested for this game.

Mehdi Abeid, who started against Zimbabwe, has returned to his club Al Nasr in the UAE.

Good news: Spoke with Rachid Ghezzal just now and he confirmed that his injury is not serious and it’s just a sprain, je didn’t specify whether or not he will be available for the Botswana game but certainly a relief for #Besiktas fans pic.twitter.com/6HZU22iewO

There’s little at stake for the Zebras besides pride and a third-place finish in this match. As such, manager Adel Amrouche might be open to a few changes in his XI from the one which lost to Zimbabwe.

The Desert Warriors are unbeaten in 17 games and Botswana, in their current form at least, don’t seem capable of stopping that run. 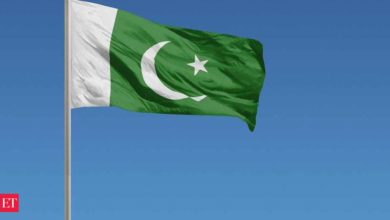