Already qualified for Total Africa Cup of Nations, Cameroon 2021, defending champions Algeria kept their unbeaten record intact with an away thrilling 3-3 draw to Zambia in Lusaka, to retain top spot of Group H with one game to spare.

The draw in Lusaka meant Zimbabwe guaranteed qualification to the Total AFCON finals, having beaten Botswana 1-0 in a simultaneous kickoff in Gaborone.

Perfect Chikwende scored what proved to be the game’s lone goal after 14 minutes, as Zimbabwe raised their tally to 8 points, four more than Botswana and Zambia to guarantee their place in Cameroon next January.

Meanwhile, in Lusaka, reigning African champions Algeria took the lead three times against Zambia, only to finish the six-goal thriller with a point each.

As early as the fourth minute, Mehdi Abeid shot rebounded from the crossbar. Islam Slimani narrowly missed the opening goal after 10 minutes from Baghdad Bounedjah cross.

The Zambians replied through Mouabe whose header narrowly missed the goal after 16 minutes.

Zambia tried to find an immediate equalizer, and Luka Banda shot found a superb save from Algeria’s goalkeeper Rais Mbolhi.

Slimani turned from provider to scorer when he doubled Algeria’s lead from Ghezzal’s cross after 26 minutes.

But Zambia did not give up and halved the deficit after 34 minutes when Patson Daka scored from the spot, as the first half ended 2-1 for the visitors’ favour.

After the break, the game was a lively see-saw affair. Zambia found the equalizer at the 52nd minute when Clatos Chama’s header from Mulenga cross went behind Mbolhi to make it 2-2.

Djamel Belmadi thought his men grabbed another victory, but Zambia restored parity once again, and it was Daka from the spot once more after 80 minutes.

Algeria, who extended their unbeaten run to 23 games, raised their tally to 11 points to guarantee Group H top spot.

On the final matchday, Algeria will host Botswana while Zimbabwe faces Zambia in Harare. 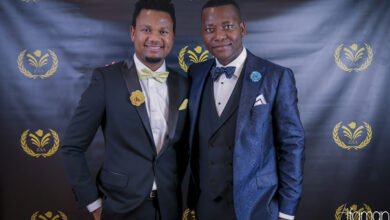 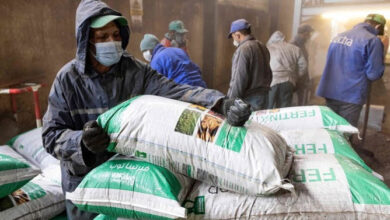 Fertiliser increases by over 70% in Zimbabwe