Ray Lin Howard, a plus-sized rapper who goes by the stage name Fat Trophy Wife, says she was thrown off an Alaska Airlines flight on August 4 because staff thought her outfit was too revealing.

Ms Howard has shared her experience in a TikTok video captioned: “Alaska Air flight attendant harassed and called the airport police on me for my inappropriate outfit.”

In the clip, she films her interview with the police who escorted her off the flight. She says she was sat wearing a sports bra and black leggings when a flight attendant asked her to put her t-shirt on.

She obliged and put a high-necked pink crop top on, but the flight attendant came back and told her: “You can’t wear this, your stomach is showing, and it is inappropriate.”

A tearful Ms Howard then says: “I looked it up, I am within the dress code. I am being harassed and now I am being detained. You pulled me off the plane in front of my child… I wore an outfit, that is what happened.”

The dress code policy for Alaska Airlines states: “The dress code on Alaska is casual, and the requirement is simply a neat and well-groomed appearance. Clothing that is soiled or tattered and bare feet are never acceptable.

“You are expected to use good judgment, but customer service agents will have the final authority to refuse travel for inappropriate attire or appearance.”

The video has been viewed more than one million times and over 8,000 users have taken to the comments to share their views.

One user said: “It is because you are a bigger girl! This is not okay! They need to just say that. I wore a crop top throughout the airport and on the plane and no one said a word.”

Another replied: “He sounds so nervous because he knows they were wrong.”

A third added: “Airlines need to clearly spell out their dress codes before people book. Let people know ahead of time.”

The birthplace of the US vacation 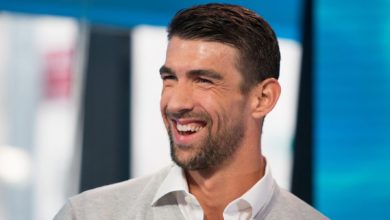