The new route is Airlink’s third between South Africa and Namibia. (Supplied)

South Africa’s privately-owned regional airline Airlink announced on Monday that it will launch a new, direct service between Cape Town and Walvis Bay in Namibia.

It will commence on 2 March. The new route is Airlink’s fourth between South Africa and Namibia, with other services linking Cape Town and Windhoek in addition to flights from Johannesburg to Windhoek and Walvis Bay.

“This new service is ideal for business and leisure travellers with the port city of Walvis Bay being an important economic hub and gateway to some of Namibia’s prized tourist destinations, including the Namib Desert, Swakopmund and the Skeleton Coast. Walvis Bay, Langstrand and Swakopmund are also home to a significant community of people who commute between Namibia and South Africa,” Airlink CEO Rodger Foster said in a statement.

In 2019, before the impact of the Covid-19 pandemic on the airline industry in 2020, Airlink carried two million customers on more than 63 000 flights, on 55 routes to 39 destinations in nine African countries and Saint Helena.

Air Namibia announced last week that it had halted all flight operations as from Thursday, 11 February, and that no new bookings can be made. Passengers with existing tickets can register for refunds.

The Namibian cabinet has approved the voluntary liquidation of Air Namibia. In a statement dated 10 February and seen by Fin24, the Namibian Ministry of Finance said the national airline was not profitable and it had not been profitable since its inception. The net economic costs of Air Namibia’s operations far outstripped the net gains and it was thus unsustainable, according to that country’s cabinet.

Inside Tiny Away's tiny home in the Blue Mountains

South African government at loggerheads with unions over airline wages 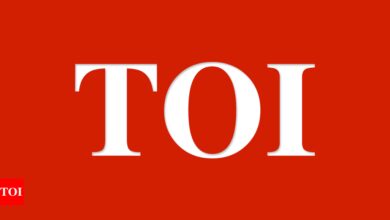