Air Namibia has a debt payment of more than N$104 million due to a European creditor next week. (iStock)

Air Namibia has halted all flight operations as from Thursday, 11 February.

In an urgent notice to all stakeholders the management said all of its aircraft will be grounded at its base. No new bookings can be made and passengers with existing tickets can register for refunds.

The Namibian Cabinet has since approved the voluntary liquidation of Air Namibia, The Namibian Sun announced on Thursday. Earlier this month the board of the airline resigned and three new appointees will oversee the process going forward.

Air Namibia has a debt payment of more than N$104 million due to a European creditor next week.

Employees were informed that they will receive an ex gratia payment equal to 12 months’ salary. Ex gratia means it is given as a favour rather than because of any legal requirement. The payment is plan to be made over the period of a year.

Unions representing the airline’s employees are due to meet with management on Thursday.

In a statement dated 10 February 2021 and seen by Fin24, the Namibian Ministry of Finance said that the difficult decision about Air Namibia was taken after careful consideration of the various options to try and save the national airline.

“All options assessed point to the fact that the national airline is not profitable and it has not been profitable since its inception. The net economic costs of Air Namibia’s operations far outstrip the net gains and it is thus unsustainable,” states the ministry.

It estimates that, so far, the Namibian government has spent more than N$8 billion on the airline.

“At this stage, the country’s economy can no longer afford to perpetually provide financial support to Air Namibia at the expense of supporting economic growth and critical social services,” according to the statement.

The way employees of Air Namibia are treated got some attention among employees of South African Airways (SAA), currently in business rescue.

“That’s how an airline that cares about employees behaves,” claims one of these SAA employees, who wants to remain anonymous.

In the view of a South African aviation expert, who also wishes to remain anonymous, the way the financial troubles and situation of Air Namibia was approached by its government, is far more pragmatic than in SA.

SAA has been in business rescue since December 2019. The rescue practitioners are trying to finalise the implementation of the rescue plan. They are currently in a deadlock with the SAA Pilots’ Association and with unions Numsa and the SA Cabin Crew Association. SA Express is currently in provisional liquidation. 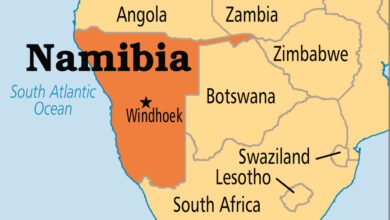 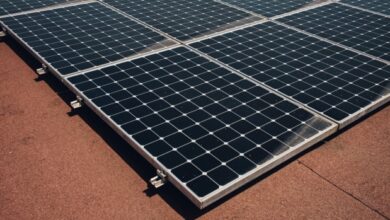 Namibia Plans to Establish a Sovereign Wealth Fund This Year