The African Union said on Thursday that it considers that the benefits of AstraZeneca’s Covid-19 vaccine outweigh the risks and recommended that vaccinations continue across the continent.

The announcement came a day after the World Health Organisation (WHO) backed the vaccine and as more than a dozen European countries have suspended the use of it amid concerns over the risk of blood clots.

John Nkengasong, director of the Africa Centers for Disease Control and Prevention, told a news conference that the “benefits still outweigh the risks” and that countries should “move forward” with the vaccination.

Somalia on Monday received its first shipment of 300 000 doses of the Oxford/AstraZeneca vaccine, destined for frontline workers and those most at risk from Covid-19, the government said in a statement.https://t.co/1nWbQxym0W

AstraZeneca said on Sunday a review of safety data of more than 17 million people vaccinated in the United Kingdom and European Union with its vaccine had shown no evidence of an increased risk of blood clots.

The head of the continent’s disease control body said that adverse reactions would be monitored and reported for future assessments on the vaccine.

Some African countries have already suspended use of the AstraZeneca vaccine.

On Friday the Democratic Republic of Congo delayed the rollout of the shot, citing the suspension of the use of the shots by European countries.

Many African states expect to receive AstraZeneca shots from the COVAX Facility, a global vaccine allocation plan co-led by the World Health Organisation and partners including the Gavi vaccines alliance, which will be delivering vaccines for free to some low and lower-middle-income countries.

The European Medicines Agency is investigating reports of 30 cases of unusual blood disorders out of 5 million people who got the AstraZeneca vaccine in the EU. It said it has so far found no causal link. 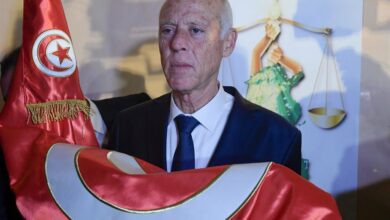 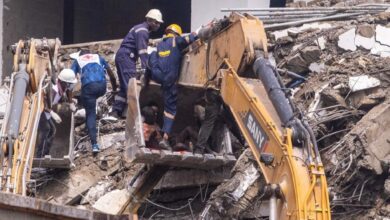 ‘We have been working since last night,’ says Nigerian official as 8 dead found in building collapse