NAIROBI: The Kenyan and Zambian currencies are likely to weaken against the US dollar next week, traders said, while Uganda’s currency will likely firm and Tanzania’s should hold steady.

KENYA – The Kenyan shilling is expected to trade with a small bias to depreciating, driven by demand for hard currency from importers in the energy and manufacturing sectors.

“There’s a little appetite (for dollars) in the market from oil and manufacturing (firms) that has caused some weakening … this will remain the trend for a couple of days,” said a trader at one of the commercial banks.

ZAMBIA – The kwacha is expected to continue weakening against the dollar next week as demand for hard currency remains higher than supply.

On Thursday, commercial banks quoted the currency of Africa’s second largest copper producer at 22.6100 per dollar from 22.5700 at the close of business a week ago.

“Although copper prices have remained buoyant, the local unit has failed to move in tandem with this development owing to inadequate supply from exporters,” Access Bank said in a note.

UGANDA – The Ugandan shilling is expected to post some moderate gains against the dollar in the coming days as a stringent anti-coronavirus lockdown snuffs out much of the daily economic activity.

“Many of the economic activities that typically generate demand (for dollars) are operating at zero to minimum capacity,” said an independent foreign exchange trader in the capital Kampala.

The Ugandan government imposed the lockdown last month to stem a second wave of the pandemic gripping the nation.

TANZANIA – Tanzania’s shilling is expected to hold steady next week as inflows from investors meet the demand for dollars from corporates. Commercial banks quoted the shilling at 2,314/2,324, unchanged from last week’s close.

NIGERIA – Nigeria’s naira is seen range-bound on the spot market next week as individuals sell hard currency on informal markets at a premium while banks search for liquidity, traders said.

The currency traded at 412 naira on the spot market on Thursday, to stay within a range of between 407 naira and 412 naira it has traded at since last month.

However, it eased on the black market to 503 naira, a more than three-and-half year low it hit last week on the informal market. 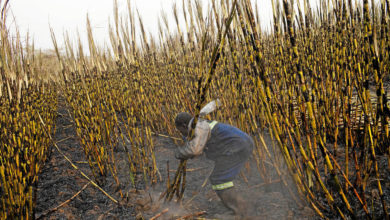 After seven years, displaced Zambian villagers might get land

Why Amidu turned down Zambia move