Safaricom Plc of Kenya is holding talks with Amazon.com Inc. about the use of mobile-money service M-Pesa on the e-commerce giant’s platform, part of efforts to expand global reach and bounce back from a first profit decline in a decade.

M-Pesa accounts for about a third of Safaricom’s revenue, and East Africa’s largest company sees the financial-technology product as key to future growth. The carrier already has partnerships with a unit of China’s Alibaba Group Holdings Ltd. and Paypal Holdings Inc.

Safaricom and Amazon already work together on web services while the Nairobi-based company runs local cloud sales for the U.S. giant, Chief Executive Officer Peter Ndegwa said in response to questions on the latest talks, which were announced alongside full-year earnings Thursday. “It is an important partnership as we go into new areas such as cloud,” he said.

Safaricom is by far the largest telecom operator in Kenya and the wider region, with Johannesburg-based Vodacom Group Ltd. owning a minority stake. The jewel in its crown is M-Pesa, which takes advantage of widespread use of smartphones to fill the gap left by a lack of traditional banking.

Sales from the service declined in the year through March, after Kenya’s central bank asked Safaricom to forgo some charges for nine months to discourage cash payments during the Covid-19 pandemic. That contributed to the carrier’s first decline in annual profit since 2011.

The ongoing coronavirus crisis may continue to have an impact on consumer spending and disposable income, the company said. Still, earnings before interest and taxes are expected to be in the range of 105 billion shillings and 108 billion shillings, up from 96.1 billion shillings in the year just past.

“Not having subsequent lockdowns will help the economy because customers, both individual and enterprise, get affected by that,” Ndegwa said. “That would be the primary driver of both the economy but also our business as we are wired into how the country does.”

Safaricom is part of a consortium that bid for one of two new telecommunications licenses in Ethiopia, which has a population of more than 110 million people and only one telecommunications carrier. Other members of the grouping include Vodafone Group Plc and its South African unit Vodacom Group Ltd. The Ethiopian government is expected to announce bid winners soon.

Ethiopia said this week it would allow the two entrants to launch mobile-money services after a year, a major concession on its part as it had initially reserved the potentially lucrative product for state-owned Ethio Telecom.

“That reference to one year is positive because previously they had mentioned two to three years,” Ndegwa said.

The Latest: South Africa gets its first batch of vaccines | National News 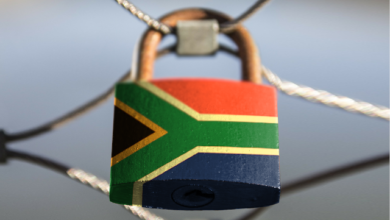