ESWATINI – While South Africa is lagging with its vaccine rollout programme, the Kingdom of Eswatini has just launched theirs.

The country’s health minister also defended the use of the Oxford AstraZeneca vaccine.

Up to 12,000 jabs are from the COVAX facility, and the rest a donation from the Indian government.

Eswatini’s Health Minister, Lizzie Nkosi, is on a mission to encourage citizens to get behind the rollout of the Oxford/AstraZeneca vaccine.

Nkosi says after South Africa announced it won’t use the drug after a study found it has a low efficacy rate against the 501Y.V2 variant, Eswatini pumped the brakes on its plans for the vaccine.

But she says, after extensive investigations, the country decided to go ahead with the rollout.

Watch the video above for more details on this story.

How much South Africans owe on their credit cards right now 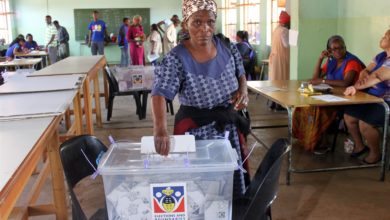 Seeking votes in eSwatini, where the king’s rule is absolute