Media mogul Shona Ferguson passed away at the Netcare Milpark Hospital on Friday.

He passed away this morning. He was in hospital.

According to an industry friend, the Botswana-born actor died at about 11am after being admitted to hospital two weeks ago.

The 47-year-old actor and husband to fellow producer and actress Connie Ferguson was being treated in ICU.

Eish! I heard about this around 11am today. I am so shocked. I tried calling aus Connie, but she is a mess.

“He was in ICU for a while. Close friends and family were called in to come and say their goodbyes, so we were prepared for the worst,” the friend added.

According to the family statement Ferguson died due to Covid-19 related complications.

Another industry colleague said the Kings of Joburg actor was diagnosed with Covid-19.

“This is very sad, hey. My heart bleeds for Connie right now. This thing [Covid-19] is very serious. People must take care of themselves,” he said.

Another source who is an actress on Ferguson’s production said he had been battling Covid-19 for three weeks.

Born Aaron Arthur Ferguson in Gaborone, Botswana, “Uncle Sho”, as he was affectionately known in the media industry, was a creative director, producer, writer and actor.

He and Connie founded Ferguson Films. They have two daughters, one from Connie’s previous marriage.

His company has been lauded for creating gripping drama series and telenovelas for Mzansi Magic, which included The Queen, Rockville, The Wild, iGazi and The Imposter, and Netflix series Kings of Joburg.

Zimbabwe sends its 1st Black swimmer to the Olympics

Return of the Mack – The Voice Newspaper Botswana 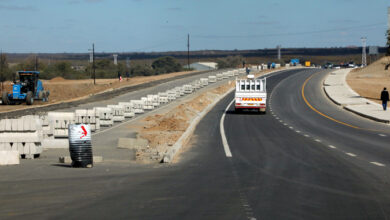 Namibia: A Nexit From the Common Monetary Area