ActionSA supporters rally in the run up to the elections.

Printed-out stamps with ActionSA’s name should be attached to all the already-printed ballot papers so that the party’s identifier is not only its logo, or as a last resort, the 1 November municipal elections should be postponed in the wards where the party is contesting.

This was the suggestion put forward by advocate Adila Hassim on Thursday as she represented ActionSA in its urgent application in the Electoral Court of SA against the Independent Electoral Commission of South Africa’s (IEC) decision on printing the party’s name on the already-printed ballot papers.

ActionSA’s issue is that only their logo appears on the ballot paper, but not their party’s name. Instead, the party says, an empty space has been left in its place.

Hassim argued that the Electoral Act and the regulations governing political party registration and participation in elections do not require that a party provide an abbreviation as one of its identifiers.

READ | Elections 2021: ActionSA heads to Electoral Court after its name is excluded from ballot paper

She added that Section 15 of the Electoral Commission Act of 1996, stipulated that “an abbreviation name if any” may be provided, but is not a prerequisite for parties participating in elections. Hassim was also quick to add that, upon registering as a political entity, ActionsSA had made sure that they chose a name that could be used as both a name and an acronym.

She said this was the reason the party had not used the name “Action South Africa”, but had made sure that it was under eight letters.

As a remedy to the current stalemate, Hassim suggested that the court order the IEC to print stamps with the ActionSA name, so that they could be attached to all the ballot papers that had already been printed.

“The IEC could also order rubber stamps that could be used to stamp the ActionSA name onto the ballot paper. The rubber stamp should be purchased and circulated to all the wards where ActionSA will be contesting,” said Hassim.

She added that, from the information available to the party, these proposed solutions could be achieved in six days.

Hassim also said that previous judgments in relation to parties taking the IEC to court over disputes emanating from registration hiccups had confirmed that the IEC should stop applying its regulations mechanically, as its duties extended to educating and assisting parties to ensure that a multiparty democracy was ensured.

READ | News24’s Out of Order Index: Do coalitions work at local government

“The argument that ActionSA is the author of its own misfortune should not fly. The IEC never told the party that if it elected to not register an abbreviation then it would forgo having its name appearing on the ballot paper. The leaving out of a party’s name is prejudicial especial to a newly formed party like ActionSA,” said Hassim.

The IEC has maintained that the only reason ActionSA’s abbreviated name is not on the ballot paper is the party’s fault given that when registering, it chose to leave the abbreviation space blank.

Hassim, however, argued that what a party filled in its registration documents had absolutely nothing to do with what appears in the ballot paper design.

“When parties register, there is no request for pictures of wards representatives but in the ballot paper design the pictures are there to allow for easy identification. If the purpose of the ballot paper is to ensure free and fair elections, then the addition of a party name whether the party registered an acronym or not should be allowed,” said the ActionSA legal representative.

James Gandolfini had a 'tantrum' over raunchy 'Sopranos' scene 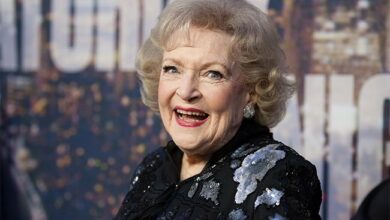 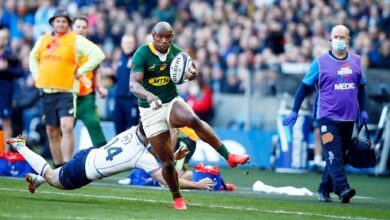