Suspended ANC secretary-general Ace Magashule has taken direct aim at the North Gauteng judges who found against him in his battle with his own organisation, vigorously accusing them of being biased in favour of President Cyril Ramaphosa and the governing party.

In strongly worded papers filed in support of his application to the Supreme Court of Appeal, he said the judgment of the full bench – comprised of Judge Jody Kollapen, Judge Sharise Weiner and Judge Edwin Molahlehi – had been “littered with countless examples of indications or pointers of actual and/or perceived bias” against him and that there was “a desire to produce or justify a predetermined outcome in favour of the respondents and/or against the applicant”.

The ANC suspended Magashule after the National Prosecuting Authority charged him with fraud, corruption and money-laundering in relation to an asbestos audit contract during his previous tenure as premier of the Free State. It was alleged that R255 million had been paid to service providers for nothing.

Magashule subsequently launched a court challenge of his suspension and the ANC’s rule that members facing criminal charges should step aside from their positions in the party until they were cleared.

In July, Magashule suffered a huge blow when the high court ruled that the ANC constitution was consistent with that of the country and that the decision to suspend him had been effected in terms of the ANC constitution. He was also denied the right to appeal, hence his taking the matter to a higher court.

The unanimous judgment also found that Magashule had unlawfully suspended Ramaphosa when he served the president with a letter, a move widely interpreted at the time as retaliation for the action taken against him. The judges also ruled that he had been given sufficient opportunity to state his case in opposition to the ANC’s step-aside rule and it could therefore not be argued that he had been denied the right to be heard.

In his papers, Magashule contested that the three judges had also distorted or misrepresented his arguments, attributed to him and his legal representatives several assertions which had never been made in written or oral arguments, and rejected his submissions simply because Ramaphosa and the ANC had made different ones, without explaining why they upheld the latter’s viewpoint.

He said the judges had opened “inexplicable gaps by attributing to [Ramaphosa et al] statements or explanations which are either unsustainable on the facts or not in fact made in the papers” and had “addressed arguments not made and/or failed to address pertinent arguments raised, but which were unanswered or unanswerable”. Magashule further claimed that the judges had “upheld the unsustainable theory that a non-voluntary suspension made in terms of the step-aside rule is not punitive and/or disciplinary, but precautionary so as to exclude [relevant regulations] and to fit in with the labour law exception, which has no place in the type of suspension under discussion in this matter”.

He pulled no punches, saying the judges had excluded the right to appeal, which was enshrined in both the ANC constitution and the Constitution of the republic, had made no reference to the legal opinion of former ANC treasurer-general and lawyer Mathews Phosa, and had interpreted his (Magashule’s) attendance at meetings as a member as constituting a hearing within the meaning of the rules of natural justice.

His other arguments related to the fact that Ramaphosa and the ANC had never asked for condonation after filing papers late, but the judges had granted it anyway. The judges also had no business refuting that the ANC had factional challenges, he said.

Magashule argued that the judges had “gratuitously accused [him] of making a factionalist accusation that the step-aside rule was designed to target him and his supporters”, whereas he had “never made such a claim”. They had also denied his version of the interaction with his colleagues in the ANC top six, when two of his colleagues (Ramaphosa and deputy secretary-general Jessie Duarte) had filed papers and never denied his submission.

Regarding his invalidated suspension of Ramaphosa for allegedly using money to buy votes for his election as ANC president in 2017, Magashule said the court had “erred in failing to answer the primary question of whether Ramaphosa’s suspension was conducted in terms of the real step-aside rule and by the authorised person acting in good faith”.

Equally, he said, the judges had “erred in accepting that Ramaphosa could be a judge in his own case and participate in the decision for his own exoneration”.

READ: Magashule hits back: ‘Suspends’ Ramaphosa and lifts his own suspension

The court, he added, had erred in holding that Ramaphosa’s suspension was unlawful without giving any explanation for that conclusion and in the absence of any counter-application seeking such relief by Ramaphosa. In addition, the judges had ignored the “apparent fraudulent misrepresentations related to the false presentation of different letters as the same letter by [Duarte]”.

“The candid acknowledgment of the court that it may have erred in characterising [my] suspension as ‘precautionary’ is in itself sufficient to grant the application for leave to appeal, given the pivotal and central nature played by that characterisation to the entire judgment. In the very likely event of that characterisation being erroneous, the entire edifice of the judgment would fall asunder,” said Magashule.

JUDICIAL BIAS ALLEGATIONS MUST BE TESTED

In other arguments, Magashule averred that the judges had misapplied the binding Constitutional Court authority. He said the case ought to be referred to a higher court because of “the public importance of the issues raised in this matter, the ongoing nature of the step-aside controversy and the likelihood of similar disputes in the foreseeable future involving a large number of persons”.

He said there were serious allegations of bias which required confirmation or exoneration by another independent forum.

“If sustained, even to a partial extent, such allegations would obviously have a far-reaching impact on the democracy itself.

“If discredited, it would have an equally positive effect. Either way, transparency is the essential medicine.”

The precedent set by the court is likely to operate by taking away all the rights and gains made in favour of ordinary and vulnerable members of political parties, which have been made in the past decade of litigation in this important area of constitutional protections.

Garth Brooks concert at Nissan Stadium postponed due to storms

WP Cricket pays tribute to Boeta Cassiem: ‘You brought the heart to Newlands’ 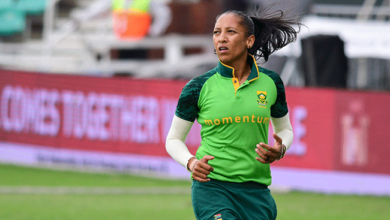 Massive blow for Proteas as Ismail, Tyron and Khaka ruled out of England Test

From spending less at Woolies, to leaving gym; how the pandemic changed SA lifestyles