KAVANGO West’s Kahenge magistrate Berry Mufana on Monday gave three people charged under Namibia’s Witchcraft Suppression Proclamation of 1933 until 14 June to get legal representation as they will have to plead on that date.

The magistrate also reminded the three accused that accusing or indicating that someone is a witch remains a criminal offence in Namibia, according to the proclamation.

The law states “a person shall be guilty of an offence and liable on conviction to imprisonment with or without hard labour for a period not exceeding five years, or to a fine, or to any two or more of such punishments if he imputes to another the use of non-natural means in causing any disease in any person or property or in causing injury to any person or property or names or indicates another as a wizard or witch”.

Stefania Hausiku, Gizela Makamba and a traditional doctor, Titus Hamutenya, are criminally charged of accusing Titus Lingurunga (73) of being a witch (or wizard) – claiming he caused the death of four people in 2019.

It all started after four people died – two in a car accident at Ruuga village in Kavango and two in the Rundu State Hospital and Lingurunga was accused of killing these people with his ‘magical powers’. As a result, Lingurunga was punished in the traditional court at Mbunza on the grounds of the accusations and the witness of a witchdoctor. The conviction allegedly totally impoverished Lingurunga and his family after his cattle (mostly oxen) were confiscated, slaughtered, the meat sold and the money distributed among the four bereaved families.

Lingurunga was brought to the ADN Centre at Swakopmund for safety, and about a month later a case was opened against the attackers, which started the legal action.

The law has had no recorded convictions since Namibia’s independence. Former Law Reform and Development Commission chairperson Yvonne Dausab, who is now Namibia’s minister of justice, told The Namibian in 2019 that the Witchcraft Suppression Proclamation was “outdated, discriminatory and accusatory” and that protection is necessary to prevent the dire consequences that result from the practice of witchcraft.

She told The Namibian that a “consolidated and contemporary law must be developed that balances individual rights of freedom of persons with the harm associated with witchcraft”.

Holzhauzen was named ‘witch finder’ after his widely documented action in 2012 when he removed the chains from Ndjinaa Ngombe from Omuramba village in Kunene, who was chained for 20 years in a hut with only a mug of water a day and food leftovers for being a ‘witch’.

Ngombe suffers from dementia and she is now a resident of the ADN Centre at Swakopmund.

Holzhausen, who is fighting to free Namibia of superstition around witches, told The Namibian that connecting all these cases in which elderly people are accused of witchcraft is dementia, a condition of the brain that is progressive and permanent.

“In Africa, people who have dementia, can be perceived as being cursed, witches and wizards,” he said, adding that innocent people’s lives and livelihoods are being destroyed under this perception just because they are sick.

Ministers have ‘mountain to climb’ to meet green motoring targets

How our 1,800-kilometre road trip from South Africa to Namibia made for the ultimate family adventure – Brampton Guardian 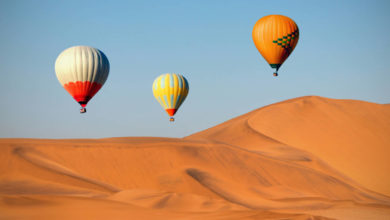 Marenica Energy’s airborne survey of its Namibia project takes off 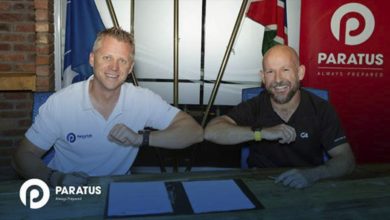