Zimbabwe may have controlled whether or not to bat after Brendan Taylor called correctly at the toss, but little else was in their control all day. A collapse of the top order left them battling against the tide from the outset, and four wickets apiece for Shaheen Afridi – who reached 50 Test wickets today – and Hasan Ali skittled the hosts out for 176. To hammer home Pakistan’s advantage, their openers, Abid Ali and Imran Butt – both out of form for quite some time – remained unbeaten through the third session, bringing up a century partnership, finishing the opening day of the first Test just 73 runs behind Zimbabwe with all ten wickets still intact.

The home side had found themselves outclassed, bullied and overrun in the first session. The absence of Craig Ervine and Sikandar Raza, combined with captain Sean Williams being ruled out late yesterday, meant the batting was vulnerable. Those fears were only exacerbated when Hasan struck in his first over to get rid of Kevin Kasuza. There was an element of tragicomedy to that dismissal, with a solid defensive shot trickling back towards the stumps, Kasuza’s bucked kick never really threatening to prevent the ball dislodging the off-stump bail.

Afridi at the other end was consistent as ever, suffocating Zimbabwe with unerring accuracy, giving the batters’ techniques regular workings-over. It was inevitable that would bring about a wicket sooner or later, and when Prince Masvaure pushed at one with hard hands, it flew to Butt at second slip. He could have been dismissed off the first ball of the match when a strong appeal for caught behind was turned down by the umpire, but there would be no further chances once Butt grabbed hold of a smart catch.

Pakistan handed a debut to offspinner Sajid Khan, but it was his left-arm counterpart Nauman Ali who provided the next breakthrough breaching Tarisai Musakanda’s defences with a ball that went straight on. Zimbabwe’s woes were compounded when Taylor fell to an uncharacteristically irresponsible shot, reaching for a Hasan delivery well wide of off stump to give Faheem Ashraf a gift at third slip. The veteran threw back his head in frustration, clearly feeling his side’s best chances of putting up a respectable first-innings total were behind it.

Resistance after lunch might have made him reconsider, with debutant Roy Kaia accumulating a spirited 59-run stand with Milton Shumba for the fifth wicket. It was the only sustained phase of the innings where the batters looked untroubled, and Pakistan slightly bereft of ideas. The partnership continued after lunch in the same vein as it had concluded before, and slowly looked to be digging Zimbabwe out of the pit the top order had left them in.

But when Pakistan couldn’t dismiss them, Zimbabwe were kind enough to offer a sacrifice anyway. Shumba set off for a single within the circle there was no need or possibility for, and left himself stranded in the middle of the pitch, with even a dive failing to redeem him. Kaia soldiered on briefly with Regis Chakabva, but a devastatingly effective old-ball spell from Hasan guaranteed that any hopes Zimbabwe harboured of a more substantial revival would be swiftly extinguished. He followed up his two wickets with the new ball by taking another two in the middle, removing top-scorer Kaia two runs shy of a half-century with a pinpoint yorker, and putting paid to Chakabva moments later. After that, it was left to the bowlers to scrape together a total as close to 200 as their abilities and wiles would muster.

The tail did provide brief, entertaining resistance, but the carefree approach they took was, by design, short-term, and Afridi joined Hasan’s party, each finishing with four wickets. Afridi’s 50th Test wicket has come in his 16th Test, one quicker than Wasim Akram, with Hasan just three wickets short of the same mark.

Donald Tiripano frustrated Pakistan with the reverse sweep for a while, interspersed with some eye-catchingly good conventional shots, ending up as his side’s second-highest scorer. Blessing Muzarabani whacked Shaheen over cow corner en route an entertaining seven-ball 14, and before they were dismissed, the final three wickets added a useful 49 runs.

It might have given them a lifeline, but it left the bowlers needing to produce something special on a slow pitch still fairly conducive to batting. The hosts, however, notably lacked the penetration they would need against the attritional abilities of Abid and Butt, each eager for a chance to cement their place at the top of Pakistan’s order. Muzarabani and Richard Ngarava were safely negotiated early on, and with Zimbabwe lacking a quality spinner, batting became easier, and the runs began to flow. Abid brought up his half-century before the day was done, with Butt just seven shy of that mark.

Unless something quite special happens overnight, there’s little indication that tide can be stemmed now, with Zimbabwe facing the unwelcome prospect of a huge first-innings deficit to contend with.

Danyal Rasool is a sub-editor at ESPNcricinfo. @Danny61000

Zim telecoms tycoon Masiyiwa takes up seat on Netflix board 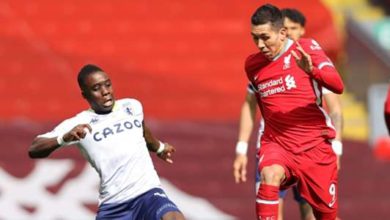 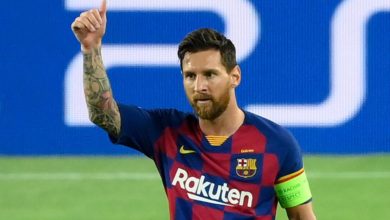 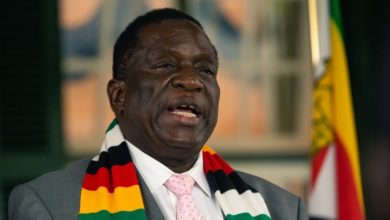