A real estate sales manager who says her employer failed to seriously consider her request to work flexibly has been awarded $254,621 (£185,000) at an employment tribunal in the UK.

Alice Thompson asked her employer – the independent UK real estate agency Manors – if she could reduce her hours after she returned from maternity leave following the birth of her daughter, she told BBC radio. She wanted to finish at 5 p.m., rather than 6 p.m, so she could pick up her daughter from day care, and also asked to work a four-day week, she said.

Her employer refused and failed to make a counter offer, she said. She then resigned from her role in December 2019, and took them to an employment tribunal, she said. “If they needed me for the full hours, maybe eight ’til five instead of nine ’til six, that’s something I could have worked around,” the BBC Radio 4 show “Woman’s Hour.”

She was successful on one of her claims, on the grounds that she suffered indirect sex discrimination when her request for flexible working was not properly considered, according to the tribunal report. The tribunal ruled that this put at her at a disadvantage to her colleagues.

The compensation included interest, loss of income, and pension payments, as well as £13,500 “for loss of feelings,” the tribunal report said.

Thompson wasn’t successful in all of her claims, however. For example, she also claimed that she had been unfairly dismissed and directly discriminated against, which the tribunal rejected.

She said that she spent “thousands of pounds” pursuing the case and described the process as exhausting, but said she ultimately wanted to stand up for what was right for her daughter.

Under UK employment law, employees with more than 26 weeks service have a right to ask to work flexibly. Employers have to consider their request, but can deny it on the grounds that it could be detrimental to the business.

Additional costs for the business as a result of a request, or an inability to meet customer demand, could be classed as reasonable grounds.

Manors did not respond to Insider’s request for comment.

Working mothers have long faced decades of disadvantage at work, due in part to a lack of appropriate workplace policies and wider support.

COVID-19 has exacerbated the problem, forcing many to leave the workforce altogether, and others to suffer high levels of burnout.

Master KG details 'horrific' flight, says engine exploded: 'For a minute I thought it was over' 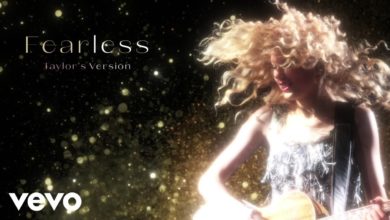