In Ísafjörður, one of Iceland’s oldest fishing villages, I opted for a hike to Dynjandi, the largest waterfall in the Westfjords. With Arctic terns swarming at its base and carpets of wild blueberries flanking the path, I wasn’t disappointed. In Akureyri, I explored at my own pace—ogling the pastel blooms in Lystigarðurinn, the world’s northernmost botanical garden, and the pop realist works of Icelandic artist Erró at the Akureyri Art Museum.

When I wasn’t hoofing it through port towns, I was making reservations for the ship’s thermal spa and fitness center—essential due to COVID caps on group gatherings. I overheard numerous cruisers griping about wearing masks and taking daily PCR tests despite being fully vaccinated, calling the measures “excessive”; others seemed to appreciate the extra caution. (Admittedly, you don’t realize how difficult it is to fill a test tube with 2 ml of saliva until you’re forced to do it every morning.)

That level of caution turned out to be warranted the day we arrived in Seydisfjördur, a picturesque town in Eastern Iceland with just 676 residents. We were nearly an hour’s drive into my first excursion of the day—a hiking trip rich in Icelandic folklore about elves, faeries, and trolls—when our tour guide announced that our bus must immediately return to port. COVID-19 had been detected on the ship.

With each minute that ticked by, rumors swirled. How many people had tested positive for coronavirus? Would we be sentenced to our state rooms and quarantined indefinitely like those poor Diamond Princess passengers in Yokohama last year? Whatever was happening, it wasn’t good. The anxiety was palpable.

It took several hours but eventually trustworthy information emerged, confirming that one fully vaccinated, asymptomatic guest had likely tested positive for COVID-19. The person was sequestered in a designated part of the ship, along with a second potentially positive case, and instructed to remain in isolation for the duration of the voyage. (The infected individual would eventually disembark in Reykjavík and move to a shoreside hotel for quarantine.)

Our contact tracing devices were activated, and Viking tracked down any person on board who may have encountered said guests for any meaningful amount of time (determined as 15 or more minutes and within six feet of distance). The system worked exactly as it was intended to, and additional PCR testing that day and throughout the rest of the trip confirmed that there were no additional cases.

The next day’s itinerary had us docking in Djúpivogur, an even smaller hamlet than Seydisfjördur, so you can imagine our surprise when guests were told that most shore excursions would move ahead as planned. Alas, I wasn’t two miles into a nature walk through fields of Alaskan lupine when it was déjá vu all over again. Our guide received an emergency phone call from his boss. After an intense exchange in Icelandic, he announced that we were once again being recalled to the ship—this time with a harsh message about “violating Icelandic law.”

Despite Iceland Public Health clearing Viking Sky for its shore excursions, Iceland Coast Guard prohibited it. One hand hadn’t talked to the other, or they were speaking different languages, or simply couldn’t agree on whose authority reigned supreme. Whatever the case, travelers had no choice but to go back to the ship.

Although no additional positive cases had been detected on board, our final port stop—Heimaey Island in the Vestmannaeyjar archipelago—was also cancelled and the Iceland Coast Guard ordered Viking Sky to return to Reykjavík post-haste. And with that, our vacation was over.

Viking did everything in its power to protect guests, crew, and the communities it visited. Yet we were still subject to the Icelandic authorities, and that’s the cautionary tale here. Even with these painstaking measures in place, who calls the shots and what shots are called can change by the minute.

Most guests remained in good spirits, understanding the risks of traveling amid an ongoing pandemic. (Surely the jovial attitudes of the exceptionally well-trained staff and 50 percent credit toward future cruises helped.) But if you’re a rigid traveler who isn’t amenable to last-minute changes, or you struggle to find the good or humorous in sometimes lousy situations, you might think twice before undertaking international travel in 2021. Hey, what’s another year of dreaming? 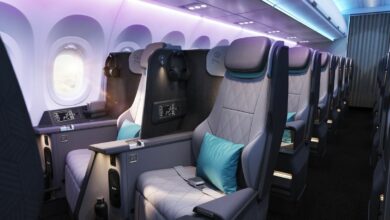 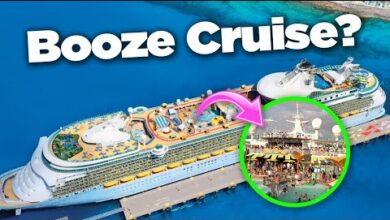 3-night Cruise: Worth It or Waste of Time? – Royal Caribbean Blog