Full-time jobs, or the equivalent thereof, increased in SA’s metros between 2013 and 2018. But these job opportunities were often low-paying; roughly a quarter of all formally employed workers in the metros earned between R3,200 and R6,400 per month.

This is according to National Treasury’s City Spatialised Economic Data, released on Friday. Using administrative tax data, for the first time, Treasury was able to see economic trends at a sub-metro level, too, for the five years starting in 2013.

This data appeared to highlight income inequality: overall, the number of job opportunities increased, but mostly in affluent or industrial areas.

The outskirts of cities and low-income areas had fewer job opportunities across the metros.

Overall, median incomes increased over the time-period, for all employees except those earning between R800 ad R3,200 a month, except in Mangaung.

However, there was a stark difference in the levels of median incomes across metros. The median income for Buffalo City hovered between the R5,000 to R6,000 a month mark, while on the other end of the scale, median incomes in Ekurhuleni were between R9,000 and R10,000 a month. Also in the City of Johannesburg, job opportunities increased slightly between 2013 and 2018, although, like metros in the rest of SA, this wasn’t universal across the areas in the city.

Joburg had the highest number of full-time equivalent employees out of all the metros. New job opportunities increased since 2013, but a disproportionate amount of these were in a corridor running from Wynberg/Marlboro through Sunninghill, Kyalami, Fourways, and towards Diepsloot. There were also significant increases in the number of employees in Diepkloof and parts of Orlando East, the researchers found. There were almost no changes in job opportunities in the Joburg CBD, while growth in the number of employees was significantly less in Orange Farm, parts of Soweto, and Eldorado Park.

Johannesburg had a far higher distribution of the workforce earning up to R51,000 per month than the other metros. The researchers attribute this to the fact that the city is the economic hub of SA with a high number of head offices, where employees would be paid more. Joburg workers are also earning more, year-on-year, except those who earn between R800 and R3,200 a month.

In the City of Cape Town, the number of full-time equivalent employees increased steadily from just over 1 million in 2013, to about 1.2 million in 2018. The City Bowl had the highest number of full-time equivalent employees, and a high level of opportunities existed along the N1 corridor and in parts of the Southern suburbs. A “disproportionate” amount of opportunities were found on the Atlantic seaboard, some parts of Milnerton, Noordhoek, Somerset West, and parts of Elsies Rivier and Kuils Rivier.

But there was a “clear stagnation and often loss of formal employment opportunities in pars of the Cape Flats, Klipheuwel, Gordon’s Bay and Robben Island”, said the researchers.

Median wages in the metro have increased, broadly, over the period studied although there are variances between the suburbs.

The picture was slightly gloomier in Mangaung, which has the second lowest number of formal sector, full time employees. Employment opportunities there increased in 2014, and the number steadily declined afterwards.

Again, the decline was not uniform across the metro. Thaba Nchu, Dewetsdorp and some parts of Bloemfontein were where most new opportunities arose, significant decreases were seen in parts of these areas too.

In Nelson Mandela Bay, the number of formal sector employment opportunities increased until 2014, but declined thereafter.

In eThekwini, full time work opportunities have steadily increased since 2013, albeit at a decreasing rate. Most of these are concentrated in more affluent areas, like Umhlanga and Westville, while lower income areas and areas on the outskirts of the city have fewer jobs.

The metro had a slightly higher number of jobs with salaries above R12,800 a month, and researchers attribute this to the kinds of industries that exist in Ekurhuleni.

Buffalo City, with the lowest number of full-time equivalent employees (80,000 per year), saw a marginal increase in formal sector jobs. But workers in this metro were significantly poorer than elsewhere – about 35% of jobs paid between R3,200 and R6,400 a month in 2017.

Covishield vaccine: India's decision to increase gap between doses in sync with UK, WHO recommendations 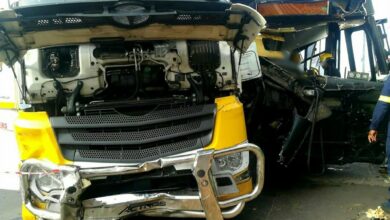 PICS | 4 dead, more than 20 injured in Durban crash involving 3 cars, a bus, and a truck 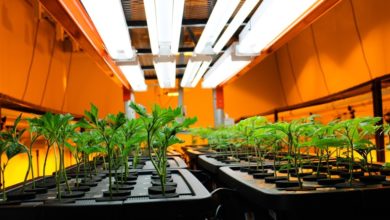 TAKE A LOOK | Inside Cilo Cybin, SA’s first cannabis company to list on the JSE 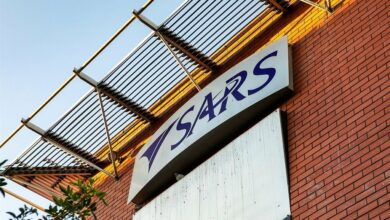