THE LATEST buzzword in the world’s aerospace skunk works is “hypersonic”. Speed and surprise have always been essential to warfare, and what better way to wrong-foot an enemy than by arriving unexpectedly on his doorstep in the form of an aircraft or missile travelling at Mach 5?

In that context, a notice posted at the beginning of the year by America’s navy, soliciting proposals for a new research project, is intriguing. The project’s objective is to “determine a form of boron or a boron-based chemical pathway that leads to implementation of boron in energetic compounds, especially fuels (solid and liquid)”. The navy’s engineers, it seems, are trying to revive an idea that might make hypersonic flight easier to achieve, but which was tested and then abandoned more than half a century ago. They hope to spice up aviation and rocket fuel with a long-neglected element.

Boron, atomic number five on the periodic table, is chemically a “metalloid”—meaning that it inhabits the debatable marcher lands between the empires of the metals proper, on the table’s left-hand side, and the non-metals, on its right. Compounds of boron feature in washing powders and cleaning products (“borax”), antiseptics and water softeners, and also as additives in fibreglass, but such roles are humdrum. Boron does, though, burn like billy-o, generating a bright, green flame and releasing about 40% more energy per kilogram than conventional aviation fuel.

In light of this, and of reports by spies of green flames emerging from the exhaust of an experimental Soviet rocket, America’s air force experimented in the 1950s with stuff nicknamed zip fuel, which was laced with compounds of boron called boranes. The project was abandoned in 1959, for two good reasons. First, boranes proved extremely dangerous. They are toxic, meaning those working with them need special gas masks. They also ignite spontaneously in air, and may even explode. At least eight people involved in the zip-fuel project died in borane-related accidents.

The second reason for zip fuel’s abandonment was that the stuff itself proved disappointing. In jets, instead of burning completely, it produced a sticky residue which clung to turbine blades. Boron additives in rocket fuels also failed. The combustion process involved proved unexpectedly complex, and the promised additional energy was not forthcoming.

The navy’s notice suggests, though, that boron is back. The boffins behind it think that new physical forms of the element, known as allotropes, may offer ways around both the partial-combustion and the toxicity problems. Allotropes of an element can have very different properties from each other (graphite and diamond, for example, are both allotropes of carbon). The organisers suggest a novel boron allotrope, perhaps interlaced at the molecular level with a suitable oxidising agent, might yield a completely combustible, non-toxic fuel, and they are asking the country’s chemists to bring them one.

Whether such allotropes exist remains to be seen. But America is not the only place working on the idea of boron-powered jets and rockets. China is interested, too. A project involving gelled fuel that has particles of boron suspended in it is under way at the National University of Defence Technology, in Changsha. The objective is to develop fuel for ramjets, a type of engine that operates efficiently only above Mach 3. So far, the researchers involved have managed to produce one that is 40% boron and yet burns more or less completely. One way or another, then, it looks plausible that boron-based fuels may get the green light. ■

The BULLetin Board: Reducing your risk of heart disease – ABC15 Arizona

A Covid-19 outbreak in Provincetown helped motivate the CDC’s mask guidance change. Here’s what residents learned and how they’re responding 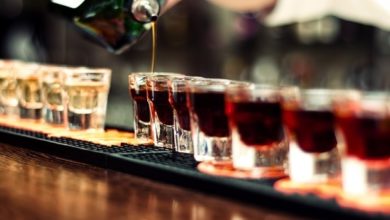