As more planes take to the air this summer, it seems airline passengers are getting more aggressive—particularly with flight attendants. While that issue has been well documented throughout 2021, a new survey from the Association of Flight Attendants-CWA, the largest cabin crew union in the U.S., shows the problem might be worse than previously thought.

According to the study, 85 percent of flight attendants have dealt with unruly passengers this year, with 58 percent of the survey respondents experiencing at least five incidents in the first half of 2021. An appalling 17 percent of cabin crew said they had been the victim of a physical altercation with a flier. The survey polled nearly 5,000 flight attendants, employed across 30 airlines, from late June to mid-July.

According to the latest numbers from the FAA, there have been 3,615 reports of unruly passengers so far this year. “This survey confirms what we all know, the vitriol, verbal, and physical abuse from a small group of passengers is completely out of control, and is putting other passengers and flight crew at risk,” Sara Nelson, AFA-CWA’s president, said in a statement on Thursday. The FAA has levied steep fines—as high as $32,750—against numerous passengers who have physically assaulted flight attendants. But the cabin crew in the survey noted that verbal abuse from fliers has been just as pervasive and nearly as damaging: 61 percent of those surveyed said passengers used sexist, racist, or homophobic slurs against them.

“Racist, sexist, and homophobic abuse of flight crews creates a hostile environment for everyone onboard and violates federal law,” Nelson said. “It has no place anywhere, and certainly not in a workplace environment. Our union has fought discrimination and prejudice for decades, and we are not about to allow this moment to set us back.”

Another key finding of the study is that flight attendants say the altercations are caused by a variety of triggers, not just the ongoing federal face mask mandate, which is in place through at least September 13. Although the FAA’s numbers show that 2,666 mask-related incidents have been reported this year, crew responded that in addition to mask compliance, major factors in the skirmishes included alcohol, routine safety reminders, flight delays, and cancellations. In many cases, multiple triggers contributed to the incidents.

Alcohol, especially, has been noted by cabin crews as a catalyst for passenger aggression. The issue has been so severe over the summer that at least two U.S. airlines have banned alcohol through at least September.  “This is not just about masks as some have attempted to claim,” Nelson said. “There is a lot more going on here and the solutions require a series of actions in coordination across aviation.”

The survey’s results illustrates another stark reality: Flight attendants are not receiving adequate support from their airlines or federal officials during this trying time. According to AFA-CWA, “71 percent of flight attendants who filed incident reports with airline management received no follow-up and a majority did not observe efforts to address the rise in unruly passengers by their employers.”

For those solutions, Nelson and AFA-CWA are calling on federal regulators to take stronger actions against the aggressive passengers. In March, the FAA began enforcing a temporary “zero tolerance” policy regarding any passenger misconduct, which is a violation of federal law in the first place, in addition to the higher civil fines. But crew on the front lines say these policies don’t go far enough.

Now the flight attendants’ union is asking for stricter consequences, including criminal charges. “It is time to make the FAA ‘zero tolerance’ policy permanent, the Department of Justice to utilize existing statute to conduct criminal prosecution, and implement a series of actions proposed by our union to keep problems on the ground and respond effectively in the event of incidents,” Nelson said.

In June Airlines for America, which represents a number of U.S. airlines like American, Delta, United, and Southwest, also lobbied both the DOJ and the FAA for criminal prosecution for the most egregious incidents. So far, it seems no action has been taken.

“This is not a ‘new normal’ we are willing to accept,” Nelson said. “We know the government, airlines, airports, and all stakeholders can take actions together to keep us safe and flying friendly. We will be sharing survey findings with FAA, DOT, TSA, and FBI to help more fully identify the problems and our union’s proposed actions to affect positive change.” 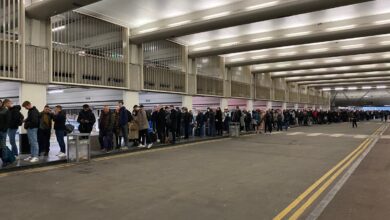 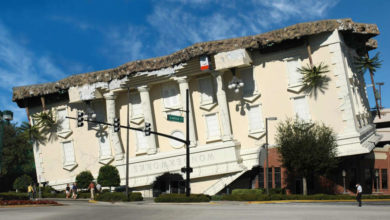 Unbelievable things you can only find in US cities 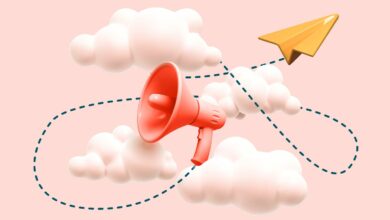 How to set price alerts for cheap flights