NAMIBIA’S hockey community was still struggling to come to terms with the news that its president Marc Nel had passed away due to Covid-19 complications on Saturday.

Shortly after the news broke, tributes started pouring in on social media, expressing shock and disbelief and paying homage to a great leader who loved hockey.

“It’s with shock and sadness that we have learnt of the passing of the president of the Namibia Hockey Union. He was a great leader, a father to the union, and a passionate and dedicated sportsman who always wanted the best for everyone. What a loss to sports and hockey in particular, not only in Namibia, but also beyond our borders and globally,” the president of the Namibia National Olympic Committee, Abner Xoagub said.

“To his family and the hockey family at large, our heartfelt condolences and may our Heavenly Father comfort you all during these dark hours. Let’s keep the faith and each other in our prayers… may his soul rest in eternal peace,” said Xoagub.

“I am so sorry for your loss,” said the Dutch hockey coach, Sven van der Most, who was a technical advisor of Namibia’s men’s team a few years ago.

“I met Marc in 2018 and was impressed by his love and vision for Namibian hockey. What a kind and friendly person. Your message after our 17-1 loss against Egypt said it all: ‘We scored against Egypt, well done!’

“I will miss you, Namibia hockey will miss you, all your beloved ones will miss you. I wish all relatives a lot of strength in these difficult times. Rest in peace Marc. You were and are a superstar,” he said.

“RIP Marc. I knew you as a young umpire, then again when you presided over Namibia’s qualification for the Women’s Indoor World Cup in 2017,” said Gavin Featherstone, former South Africa and United States national coach.

“Between those times you gave everything to and for hockey in Namibia. An absolute credit to the sport and to all the many friends that shared your life,” said Featherstone.

“RIP to a great leader with a golden heart,” said Jackie Gertze of the Namibia Football Association’s women’s desk, while Nel’s former school mate Charlie Perreira, who went on to play for, and coach South Africa, said: “RIP Marc, I have such wonderful memories of school hockey in the 70’s.”

Maggy Mengo, the captain of Namibia’s national women’s team said she was still struggling to come to terms with the news.

“I’m not processing this very well; Covid-19 is taking a lot of our people.

Marc was a phenomenal leader who had so much passion for hockey. He had a vision and was determined to accomplish that as a president for hockey. We had long chats about the future of hockey in Namibia and I got to know him so well and understood his dreams for hockey. He had nothing but the best for it in mind and I will miss him so much,” she said.

“He was my national coach at our first Indoor World Cup. He was a bold and driven person, and a leader who I will miss a lot. Rest well Mr President. As an athlete’s representative I’d like to convey our deepest condolences to his kids, family and friends. We as hockey players have a lost a great leader and your legacy will live on,” she added.

Nel excelled at all levels of hockey, as a player, a coach, an umpire, an administrator and ultimately as president of the NHU, which he served for two terms.

As a player he made his debut for the former South West Africa in 1979 at the age of 17, while he went on to become the youngest umpire at the South African Inter Provincial Tournament (IPT) in the early Eighties.

In the late Eighties he made history when he coached the SWA women’s u21 team at the IPT and took them from the B section to third position in the A section – their best result at that stage, and in 1990 he was a member of the first Namibian team that played Zimbabwe during Namibia’s independence celebrations.

He umpired numerous international matches, including the first-ever international indoor series between Namibia and South Africa in 2007 and was part of the coaching staff of the Namibian women’s team that participated at the 2011 Indoor World Cup in Poland.

He first took over as NHU president in 2000 from the legendary Laurie Jubber, who had served as president for more than 40 years, and then later came back for a second term in 2016.

“I will remember his love for the sport and his vision to get an astro turf for Namibian hockey. It was also a big dream of Doc Jubber, and after he retired, Marc was the driving force to make that a reality.

“His knowledge of Namibian hockey, from schools-level up to international level, was vast – he had hockey contacts all over the world and we have lost a great person,” said Weyhe.

Randy Slabbert, who was a team mate and one of the founding members of Pirates Hockey Club along with Nel, recalled their early playing days.

“I first got to know Marc in 1986 when we played against each another. He played for Ramblers and was a very tough and passionate competitor. He later played for SWA and Namibia and was always very proud to represent his country,” he said.

“He leaves a great legacy as a player, coach, umpire and administrator and his presence next to the hockey field will be sorely missed. Rest in peace Marc,” said Slabbert. 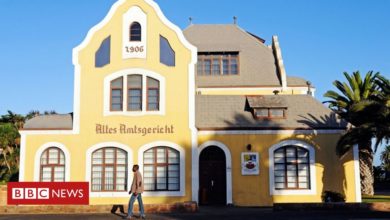 Germany and Namibia: What's the right price to pay for genocide? – BBC News 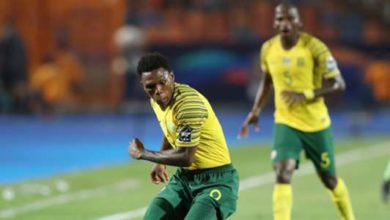 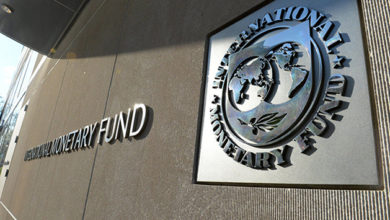