The severe acute respiratory syndrome coronavirus 2 (SARS-CoV-2), which is the virus responsible for the coronavirus disease 2019 (COVID-19), is a highly infectious positive-stranded ribonucleic acid (RNA) virus belonging to the family Coronaviridae. Among RNA viruses, coronaviruses contain the largest genome and are associated with complex replication processes.

The complexity of coronavirus replication is because this process involves frame shift slipping, during which the replicase jumps and multiple RNA duplexes are generated. Coronaviruses also develop numerous membrane compartments to protect their viral components, which increases replication efficiency and helps these viruses to evade innate immune recognition. 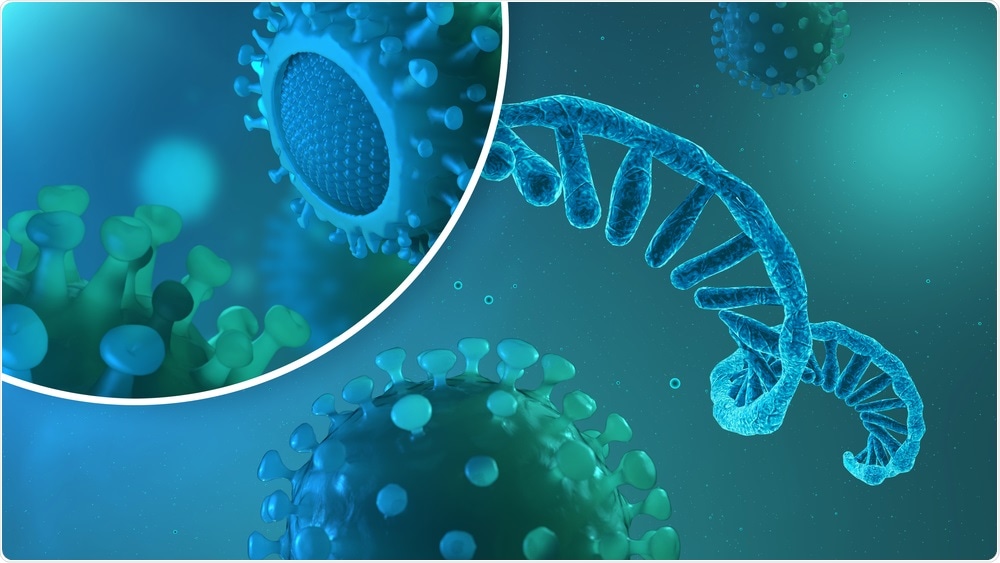 The structural proteins of SARS-CoV-2

SARS-CoV-2 consists of four different structural proteins, which include the spike (S), membrane (M), envelope (E), and nucleocapsid (N) proteins. The primary function of the S protein, which consists of S1 and S2 domains, is to mediate the entry of the virus into the host cell.

The first step of SARS-CoV-2 infection involves the interaction between the virus’ S protein and the angiotensin-converting enzyme 2 (ACE2) receptor present on the surface of the host cell. Subsequently, S2 either cleaves at the cell surface in the presence of cell protease TMPRSS2 or triggers endocytosis of the viral particles in absence of TMPRSS2.

When the viral components are introduced into the cytoplasm of the host cell, the precursor polyproteins Pp1a and Pp1ab are synthesized. The SARS-CoV-2 non-structural proteins like nsp3, nsp4, and nsp6 promptly induce the formation of membranous compartments called double-membrane vesicles (DMVs). The viral genome replication and transcription processes occur within these membranous compartments.

Scientists are curious about the mechanism by which messenger RNAs (mRNAs) reach the cytoplasm to be translated by the cellular ribosomes from sealed DMVs. A recent study on murine hepatitis coronavirus (MHV) and SARS-CoV-2 reported the presence of a molecular pore that served as an export portal for transferring mRNA and positive-strand viral genome copies.

Previous studies have also reported that the assembly of the viral particles takes place at the modified cellular membranes derived from the endoplasmic reticulum (ER), Golgi, and ER–Golgi intermediate compartment (ERGIC). These studies further added that the virus gets released via exocytosis.

Although extensive research has been conducted on the structural components of SARS-CoV-2, there is a limited amount of structural and ultrastructural evidence on how SARS-CoV-2 infection progresses in native cells. Additionally, there is a gap in the research related to the understanding of viral assembly and egress.

A new study published in Nature Communications has correlated the cytopathic episodes triggered by SARS-CoV-2 with virus replication processes in frozen-hydrated cells. The authors of this study have used a unique correlative, multi-modal, and multi-scale cryo-imaging technique to examine the replication progress of SARS-CoV-2 using Vero cells.

The technique utilized in the current study is unique because it provides a holistic image of SARS-CoV-2 infection that includes the entire cell fused to individual virus spike molecules. This approach also revealed pathways associated with the virus assembly, as well as the egress and cytopathic effects of SARS-CoV-2 infection.

In this study, researchers combined different techniques including serial cryo serial focused ion beam scanning electron microscopy with scanning electron microscopy (cryoFIB/SEM) and soft X-ray tomography to study the whole-cell morphology. The data obtained from these techniques were then correlated with high-resolution cryo-electron tomography (cryoET). One of the advantages of cryoET is the use of frozen-hydrated conditions that offers rapid and simple sample preparation.

The images obtained on the replication of SARS-CoV-2 revealed a spatially well-organized and highly efficient process. Scientists observed that each step of the replication process including genome replication, protein synthesis, and virus assembly, to name a few, takes place in specific cytoplasmic compartments. 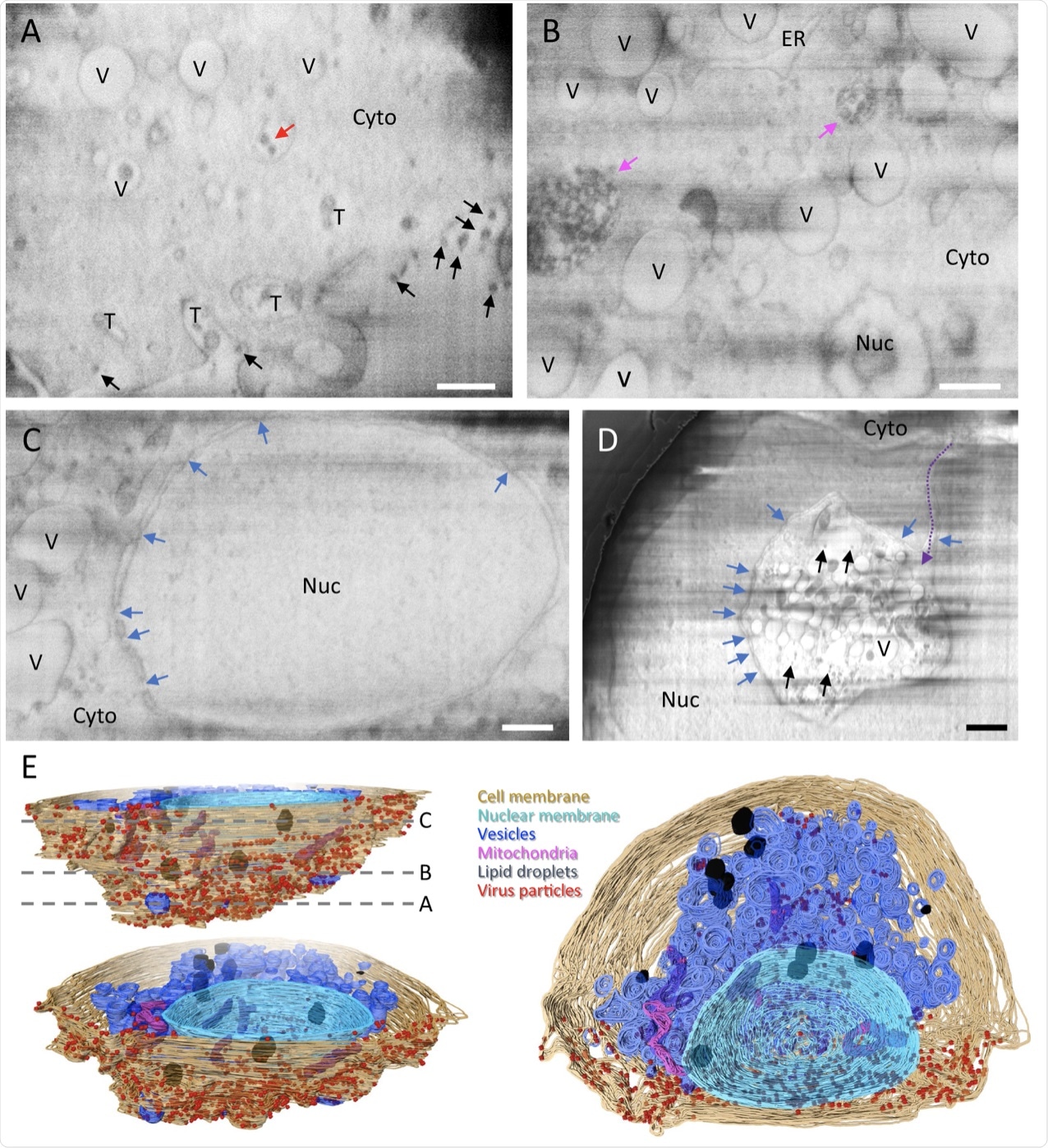 The researchers of this study have illustrated five different steps associated with the replication of the SARS-CoV-2 genome, which includes: 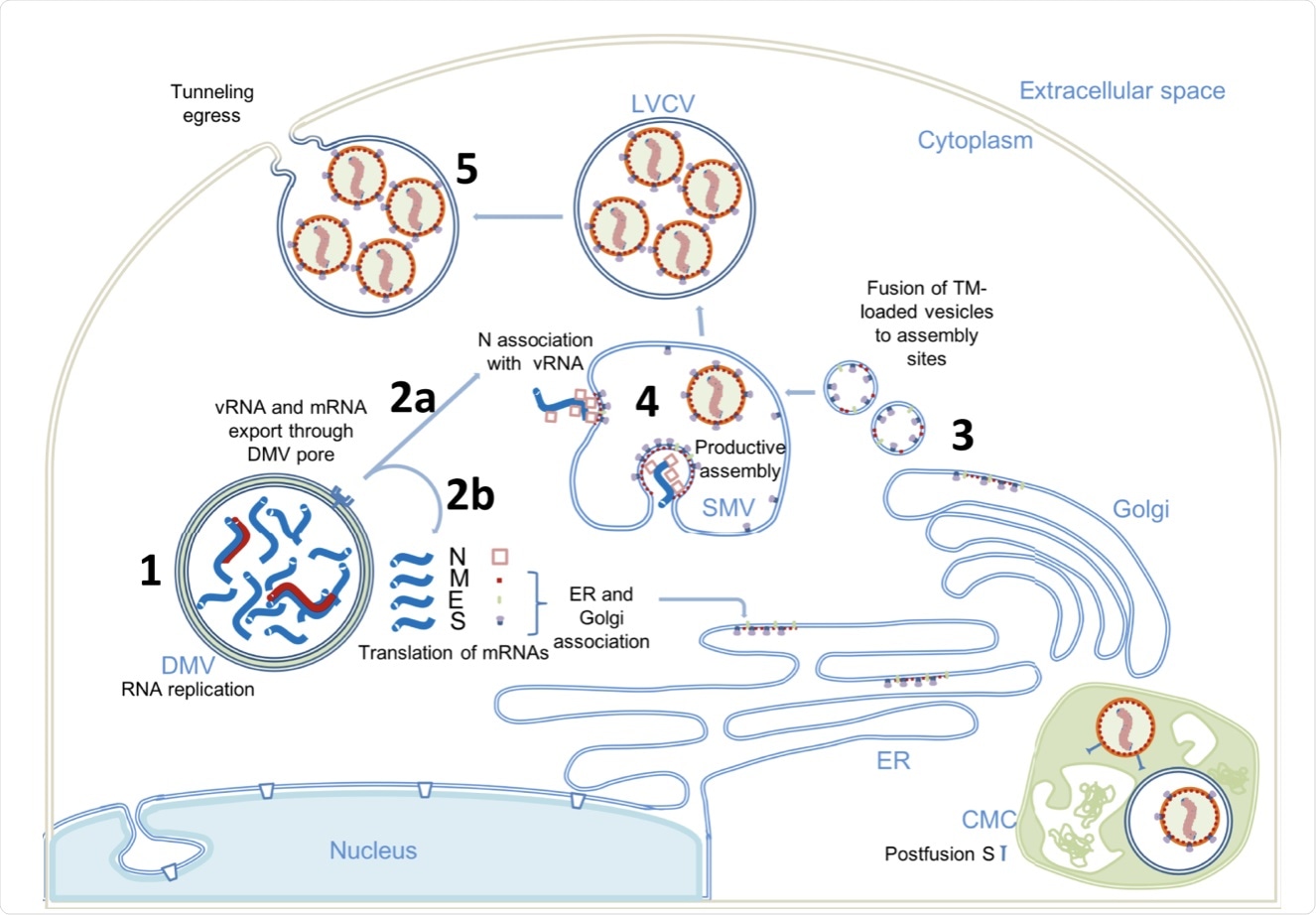 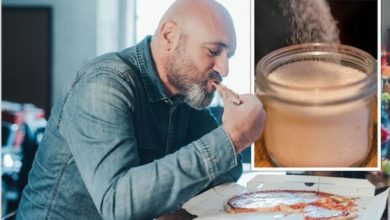 Diabetes type 2: Does eating too much sugar cause the condition? Risks explained 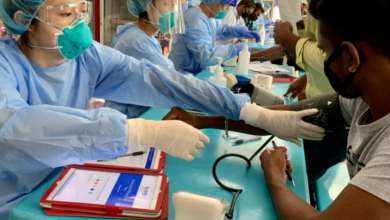 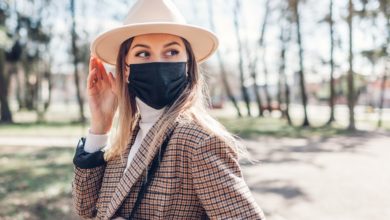