Ford South Africa has created around 1,200 incremental jobs by adding a third shift as part of the $1.05-billion (R15 billion) investment in its Silverton Assembly Plant.

The automotive group said that its local workforce has increased from the current 4,200 employees to approximately 5,000, along with an additional 440 jobs at the plant’s on-site service provider.

This takes the total Ford employees at the Silverton facility to over 4,100, with 850 people employed at Ford’s Struandale Engine Plant in Gqeberha, it said.

This is the first use of a three-shift production schedule since it was implemented as a temporary measure during the second half of 2019 to fulfil higher production volumes required for the current Ranger – and will see the Silverton Assembly Plant operating around the clock, five days a week.

Once the top-selling passenger vehicle in South Africa, Ford has lost its top place to competitor, the Toyota Hilux for the best part of a year.

“Our key objectives with the $1.05 billion investment in the Silverton Assembly Plant and our supplier facilities are to expand our production capacity, and to introduce the most advanced technologies and systems as we modernise our manufacturing operations to bring them in line with the best in the world,” said Ockert Berry, vice president of operations at Ford South Africa.

With the additional shift, the Silverton Assembly Plant will be able to produce up to 720 vehicles per day, or 240 units per shift – which equates to one new Ranger coming off the line every two minutes, Berry said.

Two-thirds of the Rangers produced are exported to more than 100 global markets, including Europe where it is the top-selling pickup. The balance is sold in South Africa.

When the next-generation Ranger is launched in 2022, the facility will have an annual installed capacity for 200,000 vehicles – which is nearly double the 110,000 units it was capable of when production of the current Ranger pickup began in 2011, and a significant increase from the 168,000 units prior to the commencement of the latest investment.

The Silverton plant’s assembly line has undergone an extensive transformation focused on wide-ranging upgrades to modernise the facility, enhance efficiency and improve production quality throughout the plant.

Ford is currently constructing an all-new Body Shop and Stamping Plant on the Silverton site, along with a new in-house Frame Line in the adjacent Tshwane Automotive Special Economic Zone (TASEZ).

Most of the assembly line changes were completed during a strategic seven-week shutdown of the plant in July and August this year, with construction and engineering teams swooping in to remove the old equipment and install the latest technologies and production systems.

“The seven-week shutdown enabled us to implement the largest and most comprehensive upgrade and modernisation of the Silverton Assembly Plant to date,” said plant manager Tim Day.

“Our entire focus is on being world-class and comparable with the best Ford manufacturing plants globally. This is essential as we work towards delivering the required production volumes and achieving the highest quality levels for our customers.”

The biggest change has been a total redesign of the plant layout, Day said.

“The progressive evolution of the plant saw it growing organically over the years, which resulted in a less-than-ideal layout. Accordingly, we’ve completely reworked the assembly line to maximise efficiency through the vehicle assembly and validation processes.

“We’ve removed roughly a kilometre and 20 transactions out of the previous assembly line flow by eliminating the back-and-forth movement of vehicles within the plant during the various stages of production. This will result in all of the manufacturing processes and quality checks being performed in the zone where it’s manufactured, contributing towards greater efficiency and more effective quality control before the vehicle moves to the next station.” 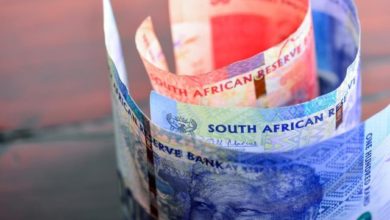