A few years ago, Cape Town was nearly the first major city in the world to run out of usable water to supply its citizens. The likelihood of the city’s “Day Zero” water crisis was tripled by climate change.

Just last week, flooded roads and power outages from heavy rainfall caused havoc in some areas of the city, after a series of cold fronts struck the Western Cape.

And now, with Nelson Mandela Bay having recently become the first metro in South Africa to have large parts of it run out of water, and the recent flooding disaster in KwaZulu-Natal fresh in the memory of many, officials and relevant experts in Cape Town have been asking how the City might best prepare for similar and seemingly contradictory climate crisis-related events that are projected to occur.

Professor Gina Ziervogel, an associate professor in the Department of Environmental and Geographical Science at the University of Cape Town (UCT), facilitated a panel discussion about this matter on Thursday.

However, “it’s not that climate change is creating a new thing. These events have always happened. So, in many cases when we’re working in an urban context, cities are sometimes changing… faster than the climate system. And so with urban climate change adaptation, we’re really dealing with multiple things changing at the same time, which makes it very dynamic and quite complex. And, of course, we’re thinking across multiple timescales.”

“Cape Town’s a really interesting case because we’ve been through a big drought event in the past few years and many of us are very aware of climate change through the lens of increasing droughts and decreasing water availability… And yet we still have these flooding events, which is… too much rainfall, too much water, and these would seem to be somewhat contradictory.”

Current projections suggested that “Cape Town would likely continue to get drier into the future… so, should we expect less-extreme flooding events like we experienced last week and we’ve experienced previously?

“So, we have this kind of a dichotomy in drying locations and yet questions around potentially increasing extreme events. Are those two contradictory? The answer is actually no… I’m not going to dive into all the details but a lot of studies globally and in the southern hemisphere clearly demonstrate that with climate change you can have decreasing rainfall but increasing extremes, and I think that’s a really key thing to understand.”

Our Burning Planet previously reported that a section of the Intergovernmental Panel on Climate Change’s Working Group 1 report notes of West Southern Africa, that by the mid-21st century and with global warming of at least 2ºC, there will be an “observed decrease in mean precipitation; observed and projected increase in aridity, agricultural and ecological droughts” and a “projected increase in dryness from 1.5°C, higher confidence with increasing global warming”.

Jack said flooding in Cape Town is most often preceded by the landfall of a “cold front that originates in the mid-latitudes”.

“And then there’s a really strong theoretical and evidential basis for increasing rainfall within a cold front because of a warmer atmosphere and increased moisture in the atmosphere. So, even though the projections… point towards a drier Cape Town, there’s also strong evidence which points to increased intensity of rainfall events in the future.”

Joining the panel discussion, Amy Davison, from the City of Cape Town’s resilience department, said the City has a Climate Change Strategy and a Climate Change Action Plan. She emphasised that “a lot of Cape Town’s flooding risk is due to high levels of vulnerability and not necessarily to very extreme climate or weather hazards. So, it doesn’t take very much rain for there to be some degree of flooding in Cape Town.”

There were different types of vulnerabilities. “So, there’s physical geographical vulnerabilities. For example, many parts of Cape Town are situated in low-lying areas, there’s a lot of water bodies, there’s many areas close to the coastline [which] obviously increases geographical vulnerability. There’s social vulnerabilities where people live in social housing, which is more susceptible to the impacts of severe weather. There’s also sort of negative historical planning decisions which were taken before we were thinking about things like climate change, and before we understood some of these processes that can occur and impact people and then also the adaptive capacity of local governments, so to what degree are we as a City of Cape Town able to respond to flood risk?”

It says: “The City has already identified action to make Cape Town more resilient to drought. The City’s Water Strategy, precipitated by the severe drought of 2015 to 2018, forms the basis for water-related actions in the Climate Change Action Plan and aims to make Cape Town water-sensitive by 2040; this means taking a holistic approach. Cape Town has a high geographical vulnerability to flooding because of low-lying areas and high water tables, plus vulnerability related to inadequate drainage in informal settlements.”

The plan therefore splits actions on water into the two strategic focus areas of water security and drought readiness; and water sensitivity, flood readiness and storm management, and each of these strategic goals comprise two goals.

Water security would “be achieved by reducing demand and increasing supply”, while flooding risks would be tackled “through the implementation of a water-sensitive city strategy”, and by attempts to “restore and rehabilitate the City’s rivers and wetlands to create liveable urban waterways” and by improving the City’s ability to “address flood risk through improved flood risk mapping and the implementation of early-warning systems”.

Lebogang Makgati, the South African Weather Service’s regional manager for the Western and Northern Cape, said the weather service is the only mandated regulatory body that can issue weather warnings in the country, and its role was ameliorating the potential impacts of natural disasters.

Their work was not without challenges, including “lack of data in the Southern Ocean which is contributing to model uncertainty. So it becomes difficult to track these systems because we don’t have enough observational data over the Southern Ocean.”

Another challenge was “early warning messages not reaching every resident ahead of time, especially in those remote areas”.

“The other key thing is that when impacts occur, we experience electricity cuts, cell towers are down, the internet is down. We are therefore not able to send out warning messages to response teams and the public and this is the time when people need to stay abreast of the latest developments in terms of weather.”

According to a 2021 World Meteorological Organization report on disaster statistics, between 1970 and 2019, a weather-, climate- or water-related disaster has “occurred on average every day – taking the lives of 115 people and causing $202-million in losses daily”.

The organisation notes that thanks to “improved early warnings and disaster management”, the number of lives lost decreased “almost threefold over the same period”. OBP/DM

NGO takes Health Minister Joe Phaahla to court over 'in... 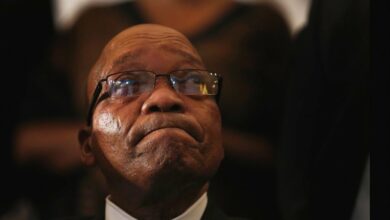 Enough of the Stalingrad tactics: Why the NPA says Zuma’s latest trial delay bid must be dismissed 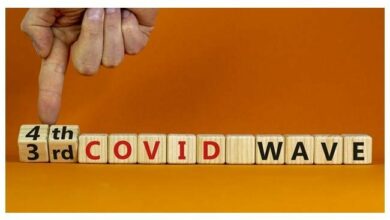 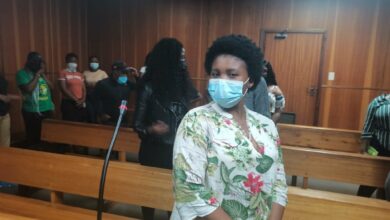