On Thursday, United Airlines announced the lucky winners in its ‘Your shot to fly’ sweepstakes. As an incentive for people to get vaccinated in hopes of restarting travel sooner, the carrier made a full year of free air travel to any of its global destinations up for grabs for five of its MileagePlus loyalty members willing to get the jab.

The winners were selected randomly on July 1st, but the list has only just been made public. The free tickets include those for the winner, but also for a companion of their choice. We have a feeling these lucky winners may get calls from several relatives and friends checking if they might be in need of travel partners to interesting destinations.

The sweepstakes may not have been a decisive factor for all the people who participated to get the jab or not, but more than one million of United’s loyalty members uploaded their vaccine cards to the airline’s app and website.

“We were proud to do our part to encourage more Americans to get their shot and were thrilled by the overwhelming response we received. This prize clearly struck an emotional chord with our customers, as the opportunity to travel and connect with people and places that matter most is something that clearly has been missed during the pandemic,” United’s CEO, Scott Kirby said in a statement.

The five winners are residents of Bradenton in Florida, Cleveland in Ohio, Goodyear in Arizona, and Oakland and San Francisco in California. United flies from Sarasota-Bradenton Airport to its main hubs and the same is true for Cleveland and Phoenix Sky Harbor International, the closest airport to Goodyear.

They can continue onwards from for instance Newark to Athens, Barcelona, Brussels, Delhi, Edinburgh, Dublin, Guatemala City, Lima, Milan, Reykjavik, São Paulo, and Venice. Of course, there are also all the beautiful national parks located close to United’s domestic destinations.

Meanwhile, travelers from San Francisco can choose from nonstop services to Europe with destinations such as Amsterdam, London Heathrow, and Zurich. In the other direction, there is Papeete in Tahiti, or – if things reopen enough within the year – Tokyo, Beijing, or Sydney. Slightly closer to home there is also Cancun to the south and Toronto to the north. And while United currently does not fly from Oakland, it is a mere 30 minutes drive to SFO.

An additional 30 fully vaccinated loyalty members were selected randomly in June to win a roundtrip flight for two in any class in any service to any of the airline’s destinations.

“I’d like to extend my personal gratitude to everyone who entered the sweepstakes and more importantly, made the decision to get vaccinated,” Scott Kirby continued his message on Thursday.

2021 Isuzu MU-X has arrived in Australia 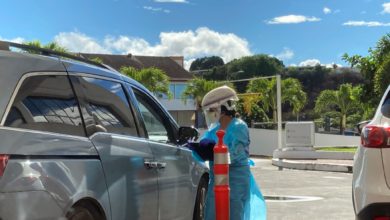 What COVID restrictions remain in place 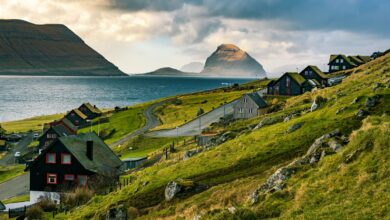 Fly to the Faroe Islands from $457 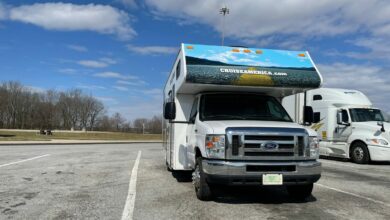