Nevada has issued an emergency order requiring people in 12 of the state’s 17 counties, including tourist hot spots Las Vegas, Reno and Lake Tahoe, to wear masks in public indoor spaces, whether they are vaccinated or not beginning Friday. The Nevada Gaming Control Board, which regulates casinos, noted the directive applies to all “employees, patrons, and guests.” Disney has announced that guests ages 2 and older will have to don face coverings for all indoor attractions and on Disney transportation at California’s Disneyland and Florida’s Disney World. The announcements came on the heels of the CDC’s latest recommendation that even vaccinated Americans resume wearing masks indoors if they are in areas with high or substantial transmissibility of COVID-19. Evidence is mounting about the dangers of the delta variant and how mask-wearing is essential to bring it under control, a new government slideshow reports.

Prefer to listen? Check out the 5 Things podcast:

Minnesota Gov. Tim Walz and Saint Paul Mayor Melvin Carter are both declaring Friday “Sunisa Lee Day” after the Olympic gymnast won a gold medal for the all-around competition at the Tokyo Olympics. Lee on Thursday became the fifth consecutive American woman to win gold in the event. On Friday, track and field is finally ready to begin, with the opening qualifying rounds getting underway. Also, in a rematch of the 2019 FIFA Women’s World Cup final, the U.S. women’s soccer team takes on the Netherlands in the Olympic quarterfinals. In swimming, two-time Olympic gold medalist Lilly King, who already won bronze in the women’s 100-meter breaststroke, took home silver in the 200 breaststroke final Friday, with teammate Annie Lazor getting bronze. On the court, the U.S. women’s basketball team defeated Japan in its second game of pool play, but had a tough time finishing off the victory.

“Happier Than Ever,” Billie Eilish’s second studio album following 2019’s Grammy-winning “When We All Fall Asleep, Where Do We Go?,” dropped early Friday morning, with the 19-year-old proving her creative transformation goes far deeper than a new hair color. USA TODAY’s Charles Trepany notes that for a singer who’s been candid about past mental health struggles and coping with fame at a young age, Eilish simultaneously flaunts self-assured confidence and mature self-reflection on her latest record, telling off a toxic ex in one track (“Happier Than Ever”) while falling in love with who she wants to become in another (“my future”). The 16 tracks also take listeners on a nonlinear journey of falling in and out of love, as Eilish croons about heartbreak and the painful, uncertain process of healing.

Another round of extra tax refund cash will continue to be doled out Friday, as the Internal Revenue Service sends money to taxpayers in the middle of an abrupt change in the rules relating to jobless benefits. Refunds by paper check will begin to arrive Friday after the IRS adjusted their federal income tax returns. Those receiving refunds by direct deposit, began to do so as early as Wednesday. Overall, about 1.5 million people received an average of $1,686 this week. The IRS has been rolling out these special refunds in batches as it makes adjustments for early filers who paid more than they owed in taxes on their jobless benefits for 2020 during the pandemic. And so far, the IRS has issued 8.7 million unemployment-related refunds totaling $10 billion.

World Series hopefuls will look to bolster their rosters before the MLB trade deadline comes to an end Friday at 4 p.m. ET. Contenders already making key additions include the Los Angeles Dodgers, who made a blockbuster deal late Thursday, adding Max Scherzer and Trea Turner from the Washington Nationals. The San Diego Padres have already traded for All-Star Adam Frazier and reliever Daniel Hudson. Moving to the American League, the Houston Astros added to their pitching staff by trading with the division rival Seattle Mariners to acquire pitcher Kendall Graveman. In the AL East, the New York Yankees added more power to their lineup by first trading for slugger Joey Gallo and then surprising many by adding Anthony Rizzo from the Chicago Cubs. 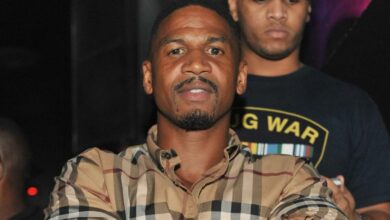 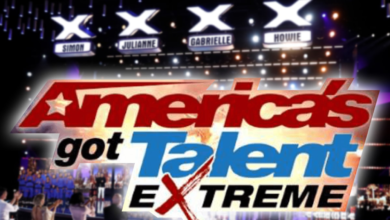