Zambia striker Enock Mwepu has revealed his delight at captaining the team for the first time when they beat Mauritania 2-1 in a 2022 World Cup qualifying fixture on Friday.

Ahead of their Group B opener at the Nouakchott Olympic Stadium, the 23-year-old, who currently turns out for Brighton & Hove Albion in the Premier League, was handed the task to lead the side by coach Beston Chambeshi.

And Mwepu did not disappoint as he set up the Chipolopolo for their opening win, notching the first goal in the 10th minute after a fine finish before Patson Daka set up Prince Mumba to fire home the second after the half-time break.

Mwepu is confident the work the team did in the build-up to the back-to-back matches will help them against Tunisia in their next qualifier on Tuesday, and further said he does not take the captaincy role lightly while striving to repay the faith shown in him by the technical bench and players.

“I am really excited and happy, and I thank God for giving us this victory, me being the captain is not easy,” Mwepu told the Zambia FA website.

“The armband has been worn by many icons that I have looked up to, the likes of Kalusha [Bwalya], Christopher [Katongo] to mention but a few.

“It is good they [Bwalya and Katongo] wore number eleven, so for me, it is not something I take lightly but it is something I can say I was born with.”

“Leadership is something you have and show to the team and to everybody. I have taken this opportunity, it is a new dawn, it is a new group that wants to fight for one another, so I am happy to lead such a group.

“Being a captain and a leader of this group, I believe we have started on a good note and scoring a goal is something that has motivated me and the team and fans back home.

Unfortunately, Mwepu will not be available to lead the team against Tunisia as he, alongside Daka, who features for Leicester City, have been excluded from Tuesday’s match as Zambia is in the red zone of Covid-19 global gradings.

Any visitor to Zambia travelling back to England is subjected to a 10-day mandatory quarantine period which would rule the duo out of at least two fixtures in the Premier League.

He is, however, confident the possible replacements would blend in as they were already part of the team and give the country a win in Ndola.

“I am not sad we will not be part of the team that will be playing against Tunisia. We have branded this team; we have done so many works together as a group,” Mwepu continued.

“We had conversations and meetings so we have worked on the team, such that if one player is out the others that remain will still do the work. This is the new spirit that we have built.” 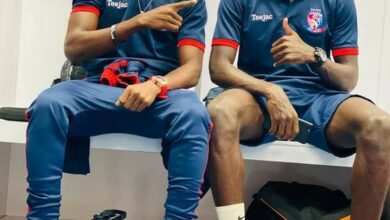 Mafweta could be heading to Czech