It was a little over a year ago when Volkswagen dropped the first teaser image depicting the next-generation Amarok. That one was more along the lines of a concept-like design sketch as it had oversized wheels and lacked door handles. There were some other exaggerated design details, but thankfully, this new official photo provided by VW Commercial Services brings the truck closer to reality.

While the original teaser illustrated the pickup with only two doors, the latest Amarok preview shows the workhorse in a double cab configuration. Aside from gaining rear doors, the truck has also been fitted with roof rails, an LED light bar, and a roll bar in the bed. VW also tweaked the front bumper by making the fog lights more visible than before, while the X-shaped silver panel has made way for a less imposing design.

The orange accents are still there, and so are the square wheel arches and the silver mirrors. Speaking of which, the side caps now integrate the turn signals, thus further suggesting the design is closer to production than last year’s sketch. The hood on the original teaser looked tall enough to hamper visibility, but it has now been slimmed down for the updated image. Another noticeable change is a more visible character line starting from the upper corner of the headlights, extending right below the beltline before rising to meet the rear pillar.

If you’re a fan of the Amarok, you’ll have to thank Ford for a second-generation model. If it weren’t for the Ranger platform borrowed from the Blue Oval, VW would’ve phased out its truck at the end of the first-generation model’s life cycle. Yes, the new Amarok will be closely related to the next Ranger, but the Germans have promised an all-VW design, which we can already see judging by the front-end styling.

VW Commercial Vehicles are reportedly working on an equivalent of the Ranger Raptor, possibly called Amarok R, to join high-performance versions of cars and SUVs like the Golf, T-Roc, Tiguan, Arteon, and Touareg. It’s said to have around 300 horsepower, but more importantly, mountain-moving torque. If the rumor will pan out, it could arrive about a year of the standard model.

As a reminder, the second-generation Amarok will be launched in 2022 after entering production at Ford’s Silverton plant in South Africa where the new Ranger is going to be assembled as well. To get the facility ready for both trucks, Ford announced early last month a plan to invest more than $1 billion in its South African manufacturing operations to create new jobs and extend production capacity. These are necessary investments since the Ranger and Amarok will be exported to more than 100 countries all over the world.

Magda Wierzycka to step down as joint CEO of Sygnia 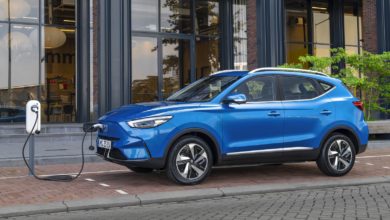 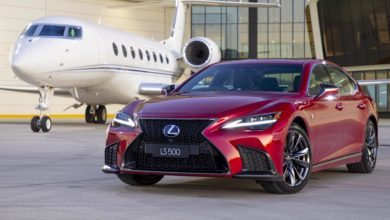