The Mercedes EQ brand of electric vehicles will soon grow with the introduction of several new models. One model that’s coming is the EQE, the electron-powered partner to the E-Class. Countless spy photos and video have caught the sleek sedan – billed as a Tesla Model S rival – testing in various environments, with the latest video capturing the car as it cruises different German streets.

Usually, such a video would capture the car’s exhaust note, but that’s non-existent on the EQE. Instead, the video catches the EV whine and road noise the sedan produces, which isn’t that exciting. The EQE will ride on the brand’s shared Electric Vehicle Architecture (EVA), which will underpin the brand’s flagship EV, the EQS. The car will likely come with various powertrain layouts, with the all-wheel-drive configuration likely launching first, followed by the rear-wheel-drive variants later.

Rumors have suggested that the AWD car will offer around 402 horsepower (300 kilowatts) and 564 pound-feet (765 Newton-meters) of torque. The EQE might be similar to the E-Class in Mercedes’ lineup, though it’s actually a bit shorter than the E-Class. However, the packaging will allow Mercedes to offer S-Class levels of interior room inside – or so say the various rumors. The EQE will also wear unique body panels to help differentiate it from the gas-powered E-Class while packing the interior with screens and technology.

We’ll be waiting a while for the EQE to begin dropping some of its camouflaged coverings. Mercedes has confirmed that it’ll reveal the new model in September at the IAA in Munich, formerly known as the Frankfurt Motor Show. Mercedes will likely pair the event with a digital reveal, too, considering the spread of the coronavirus pandemic. We expect to see a lot more of the EQE in the coming months, though we’re eager for the test vehicles to begin losing some of their coverings.

From Wombourne to West Cork

Motorists in Davao can now buy the Nissan Leaf 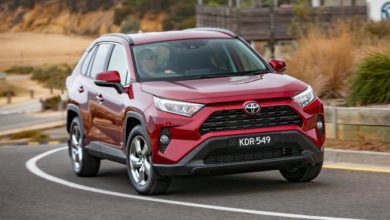