While Peugeot has taken another crack at a midsize sedan with the stunning 508, sister brand Citroën is seeing things differently. It too will soon have a competitor in this segment, but as you can see, it’s far from being a conventional four-door sedan like the old C5 axed in 2017. It’s more along the lines of a sedan, wagon, and SUV all rolled into one oddly shaped car with an eccentric design typical of the double chevron.

With automakers obsessed to turn nearly all their cars into crossovers and SUVs, the new C5 will also ride slightly high and wear plastic body cladding around the wheel arches. Still unofficial, the adjacent rendering is more than just a shot in the dark as it takes after the spy photos we published only a few days ago.

From the front to the C-pillar, it’s set to look like a fairly regular sedan, but the roofline then gently slopes towards the rear to meet a liftgate for greater practicality. If you remember the Cxperience concept from 2016 (pictured at the bottom), the new C5 should remain faithful to that formula. If true, it’s safe to say there’s not going to be any other car like it.

Perhaps the only car somewhat similar in spirit is the Volvo S60 Cross Country, but the high-riding Swedish oddball was a jacked-up sedan at the end of the day. The third-gen model will ride on the same EMP2 platform that has underpinned another C5 on sale today, the C5 Aircross. In an interview with Auto Express magazine, product and strategy director Laurence Hansen, described the new flagship as being “very different, very comfortable, a great car.”

Also shared with the Peugeot 508 and the fancy DS9 sedan, the EMP2 platform supports electrification and there’s a good chance the new C5 will be available with a plug-in hybrid powertrain. As with Citroën models of the past, great emphasis will be put on comfort, which is why a Progressive Hydraulic Cushion Suspension – also available in the C5 Aircross is planned to deliver a “magic carpet effect.”

The official reveal should take place in the coming months ahead of a market launch scheduled for the end of the year. While the previous C5 was offered as a wagon as well, its successor will likely come in a single body style since it already has some long-roof traits. Citroën has previously mentioned the version for China will look slightly different to better cater to local preferences. 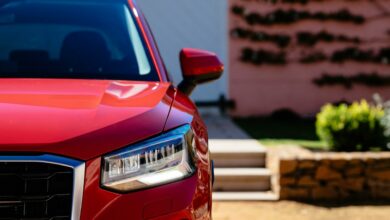 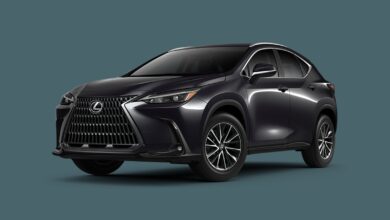