The latest Bavarian blaster has landed Down Under, combining big time performance, wild looks and plenty of hi-tech features.

The styling is polarising, but you can’t see those enormous twin grilles when you’re wrapped in the heavily bolstered, low-set bucket seat, gripping a chunky steering wheel with huge carbon fibre shift paddles.

Prod the starter button and the M4’s motor wakes with a barrel-chested growl that deepens further when you select sports mode and settle on preferred settings for the engine, exhaust, suspension, steering, transmission, brakes and traction control, linking them to shortcut buttons on the steering wheel.

Tested on road and track, in wet and dry conditions, the M4 proves worthy of BMW’s Motorsport badge.

BMW says the 3.0-litre twin-turbo engine under the bonnet makes a mighty 375kW and 650Nm.

But the brand’s engineers rival a Young Liberals quorum in their conservatism and independent tests suggest true outputs are well north of 400kW.

It certainly feels that way on the road, where the relentless nature of its thrust tests your restraint. Flexible, responsive, and occasionally pyrotechnic, the creamy-sounding engine delivers precisely what you want, when you want it.

It’s faster, more deliberate and easier to live with than its peaky predecessor, but doesn’t have the exotic fizz of BMW’s greatest engines.

The same goes for the conventional eight-speed auto that replaces a snappy dual-clutch gearbox. Better in the vast majority of situations, the new transmission could be criticised for lacking the whip-crack intensity of a dual-clutch.

Quick steering delivers immense front-end purchase and a reworked rear serves up enough feedback to drive right up to the limit of grip and beyond, if you dare.

A long wheelbase and limited slip diff make the new M4 a drifting star if you have access to a racetrack or skid pan, while fat Michelin tyres produce impressive traction if you prefer to keep it tidy.

For such a focused sports sedan, it’s remarkably easy to live with.

Quiet, reasonably refined and effortless in the commute, it comes with the added safety of a comprehensive package of driver aids integrated with rare finesse.

Other than a stingy three-year warranty, there are few omissions on the M4 Competition’s list of inclusions.

You can spend $10,000 less and get a manual model with less power, or $6000 more for a less lively “xDrive” version with the security of four-wheel-drive.

A convertible is also on the way, or you can pick the mechanically identical four-door M3.

Optional extras include ceramic brakes, seriously unforgiving race seats, carbon fibre tinsel and a broad choice of colours inside and out.

We recommend black sapphire or davit grey. That way you won’t notice the grille.

Rapid, engaging and loaded with tech, BMW’s M4 Competition is a brilliant drive.

The M4 arrived in rear-drive “Competition” form in March. An all-wheel-drive “xDrive” version is due in November, reducing the claimed 0-100km/h time by four tenths to just 3.5 seconds for $165,900 plus on-roads.

A soft-top M4 Convertible with all-wheel-drive (pictured) joins the fray before the end of the year, bringing wind-in-the-hair thrills for an $11,000 premium, or $176,900 plus on-road costs.

You might have seen Mercedes’ futuristic new SUV without even knowing it as its subtle styling hides what is lurking beneath.

Mercedes’ performance arm AMG is known for making some of the most ferocious machines on the planet, but one thing is about to change forever. Technology pinched from Lewis Hamilton’s championship-winning machine will make this one of the fastest and most desirable four-door cars on the road. 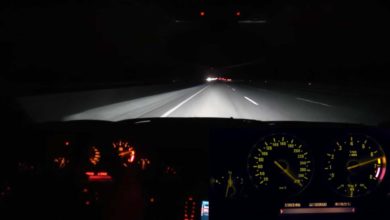 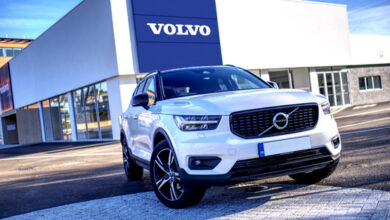 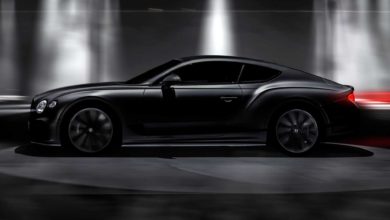