Breaking off a long-term relationship is, as a general rule, tough stuff. That tends to be true when it comes to human connections, but when it comes to parting ways with long-term test vehicles, we’ve found it’s a lot easier. While the Roadshow team has always been thankful for the opportunity to live with a vehicle for 12 months to gain a deeper understanding of their pros and cons, generally speaking, it’s been easy to hand the keys back at the end. Not so with our long-term 2020 Hyundai Palisade Limited.

That’s particularly unusual because you wouldn’t look at the Palisade and assume it’s going to be a heartstring-tugger, the way a more focused sports car or a hardcore 4×4 might. After all, this is a mass-market, three-row crossover SUV — a beast of familial burden. What’s to get attached to?

As it turns out, plenty.

These days, the market is positively flooded with upper-midsize mainstream CUVs like the Palisade, including longtime mainstays such as the Ford Explorer, Honda Pilot and Toyota Highlander, to say nothing of newer nameplates like the Volkswagen Atlas, Subaru Ascent and even the Hyundai’s corporate cousin, the similarly excellent Kia Telluride. All have their high points, but after a year, we’re prepared to say that this Hyundai combines the best attributes of this type of vehicle into one remarkably easy-to-live-with package.

All in we piled on 15,047 miles in our 12 months of motoring, a solid achievement considering how much of the vehicle’s time was spent enduring mid-pandemic lockdown. Was it a perfect performance? Of course not. There was a frustrating episode with a $1,062 replacement windshield after a rock strike (in fairness, primarily a dealer issue), and then there was That Smell. The latter problem — apparently attributable to a supplier upholstery issue — has reportedly been rectified for the 2021 model year, so if you’re shopping for a new Palisade, you’re in the clear.

When we ordered our Moonlight Cloud all-wheel-drive Palisade, we went for what was then the range’s top-dog trim, Limited, in order to put this new model’s full tech hand through its paces. There were some initial concerns that at $48,240 (including destination), our tester might have seemed too pricey for a non-luxury-badged SUV. We needn’t have worried. Our year with the Palisade proved that we actually like it more than many costlier premium-branded SUVs, including the Lexus RX L and Cadillac XT6.

The market seems to agree with us: Not only have all Palisades been in short supply (even before the pandemic and its resultant chip shortage), the model’s high-end trims are routinely commanding above-sticker prices at dealers, a rare phenomenon. Hyundai responded to this demand by debuting an even-posher and costlier 2021 Calligraphy trim last summer and hasn’t looked back.

Besides, the decision to go with a high-end trim for our tester absolutely worked in our favor. Not only did we get such niceties as quilted Nappa leather seating surfaces and 20-inch wheels (that somehow didn’t destroy the SUV’s ride quality), we also got the full complement of infotainment tech, including an all-digital 12.3-inch reconfigurable gauge cluster that proved to be bright and legible. It was matched nicely by billboard-format 10.3-inch touchscreen infotainment display that was intuitive, snappy and worked well in nearly all circumstances (we did have an intermittent issue hooking up a pair of iPhone 11 Pro and Pro Max via USB port to stream music). The 360-degree camera coverage and Blind View Monitor helped us forget about the Palisade’s bulk and the performance of the 12-speaker Harman-Kardon sound system was better than many competitors, too, offering crisp imaging and decent low end.

We admittedly didn’t use the Hyundai’s third row too much, but it did come in handy a couple of times. Even without using it frequently, we still appreciated the Palisade’s generous sizing — folding down both rows of seats to gain up to 86.4 cubic feet of space helped us accomplish our home quarantine projects, including everything from 22 bags of mulch to brick pavers and leveling sand. Roadshow news editor Sean Szymkowski even managed to get a dining set with four chairs and two leafs inside.

The naturally aspirated 3.8-liter V6 with its 291 horsepower and 262 pound-feet of torque proved up to a number of road trips, including a transcontinental haul, even when loaded to the headliner and beyond (we slapped a Yakima RocketBox Pro with 14 cubic feet of additional storage on the factory-provided crossbars for extra space). While not a rocketship, the Palisade felt appropriately powerful and only too happy to gobble up state after state at speeds north of the posted limit. Around town, the eight-speed automatic was well-tuned to the point of transparency. After a particularly memorable road trip to New Orleans, our Palisade earned the nickname “The Big Easy” by dint of its size and laid-back, likable demeanor.

Furthermore, it was generally quite easy to beat or exceed our AWD model’s EPA estimates of 19 mpg city, 24 mpg highway and 21 mpg combined. On an earlier 1,900-mile excursion to North Carolina’s Outer Banks and back, Yours Truly averaged 23.4 mpg at elevated speeds without even trying. With so much of our tester’s mileage racked up wearing the drag-inducing roof box, listing the Palisade’s cumulative efficiency results would be a bit misleading, as observed freeway mpg dropped to as low as 19.5 with the roof box and headwinds.

Having said all that, we’d still like to see Hyundai offer an additional drivetrain option with more power. The chassis is up to it and if you live in the mountains, having a turbocharged engine option that would be happier operating at high altitudes could be a welcome addition, especially for towing. Alternatively, a higher-horsepower hybrid or plug-in-hybrid option with electrically augmented torque would also be intriguing while not detracting from the vehicle’s efficiency or its planted road manners.

Aside from the windshield issue, which wasn’t the Palisade’s fault, our tester only incurred routine maintenance, which was reasonably priced. We had to pay for our own service on this long-term loaner, but if you buy a new Palisade, three years or 36,000 miles of normal scheduled maintenance is complimentary, including oil changes, tire rotations and so on.

In the end, the Palisade is far more than the sum of its parts. Its specs don’t leap off the page in any particular way, but its performance and virtues are so balanced and so complete that this vehicle just makes everyday life easier and more enjoyable. Whether you’re running local errands or embarking on an epic road trip, the Palisade’s comfortable and surprisingly luxurious cabin and easy-to-use tech is a winner, as is its smartly tuned suspension and obedient powertrain.

Our Hyundai has since been replaced by a long-term 2020 Highlander Hybrid and, outside of the Toyota’s inherently superior fuel economy, there isn’t a single attribute that we don’t prefer in The Big Easy. Frankly, there isn’t a day when we wouldn’t trade the Toyota’s keys back for the Hyundai’s total comfort and competence. And that, friends, is about the highest praise we can think of.

Check in with Roadshow’s other long-term testers

Climb in the driver’s seat for the latest car news and reviews, delivered to your inbox twice weekly. 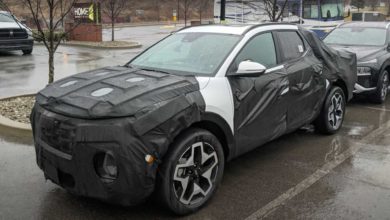 Sports sedan is unlike anything on the road 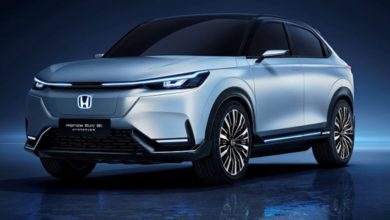 Honda to go all electric by 2040 including Australia