Experts have warned drivers about new driving laws that have come into force during lockdown that could land drivers in trouble if they’re caught out by them.

Motoring experts at insurance provider ‘Confused.com’ warn drivers could land penalty points on their licence, huge fines, and in some cases even a driving ban.

Changes range from stricter rules around wearing your seatbelts, and using your mobile phones to speed limit changes on residential roads.

Confused.com have explained what each law changes means for motorists, and how they can avoid getting in trouble and keep the roads safe.

Here are 10 new and proposed law changes that have been introduced since the start of the pandemic back in March 2020.

Drivers could be hit with penalty points for not wearing a seatbelt under new reforms to stop people breaking road safety legislation, as reported by the Mirror.

Under new proposals, motorists face at least three points and a possible driving ban, with the fine also applying if the driver has a seat belt on but a passenger does not.

At present drivers face a £100 penalty rising to £500 in the courts for the offence, although on the first offence, many will be offered an online seatbelt awareness course instead, which costs £53.

The change will be considered as part of a road safety plan that’s due for consultation.

In response, Highways England announced changes to the Highway Code, making it illegal to drive in a lane marked with a red X.

The red X means a vehicle has broken down in the hard shoulder, so drivers shouldn’t drive here.

The Welsh government is introducing a new law to limit the speed in all residential areas to 20mph.

This goes hand in hand with their pavement parking ban, which was announced in 2020.

Initially the speed limit will launch in eight areas to investigate any unforeseen issues.

If it’s successful, the Welsh government will roll out the speed limit nationally in 2023.

Similar initiatives are being rolled out in London, Warwickshire and Shropshire.

This has been a hotly debated topic. When the UK first left the EU, it was mandatory to have a green card to drive in the EU.

This has now been scrapped, and UK residents don’t need a green card to travel to the EU.

The decision has been welcomed by the Association of British Insurers (ABI). Huw Evans, the Director General of the ABI said:

“This is excellent news. We have long campaigned for the UK to be part of the Green Card Free Circulation Zone so we warmly welcome the decision by the European Commission today.

“The Commission has taken a pragmatic approach on the matter.

“UK drivers will no longer need to apply for a green card through their insurer which will help reduce bureaucracy for drivers and road hauliers travelling between the UK and EU.

In some cases, you might need an international driving permit.

Only vehicles with zero emissions will be able to drive in the Oxord Zero Emissions Zone.

Did you know we offer a free email newsletter service?

Each North Wales Live bulletin delivers the latest breaking news, what’s on events and the hottest talking points straight to your inbox.

The limiter can be overridden in some circumstances, for example if you’re overtaking. For more information, take a look at our guide on mandatory speed limiters.

A new way to pay for tyres | Business Motoring 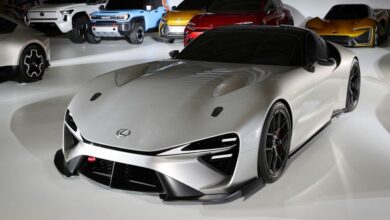 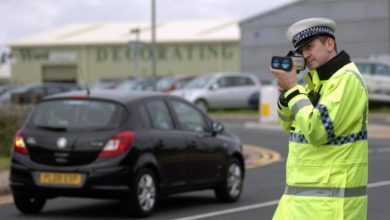 More city drivers guilty of motoring offences across the country 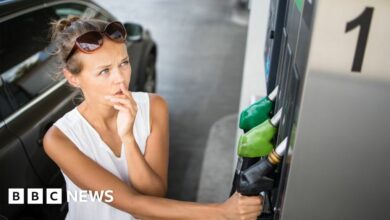 Cost of filling a tank falls by £5 in July – BBC