The idea that Britain is the “51st State” of the USA – a suggestion that is floated on occasion, usually at a time when the so-called Special Relationship is looking more like a cosy love-in, and less like an intractable family feud – has always been rather far-fetched.

Nonetheless, the air bridge between the two nations has been strong almost from the moment the Wright Brothers achieved take-off – British travellers with an interest in all things starred and striped have long been able to fly non-stop to a wide range of US cities. Not just the obvious ones either – New York, Chicago, Los Angeles, San Francisco. Smaller dots on the map – from east coast to west, and plenty of areas in between – have also generally been accessible via direct services from Heathrow, Gatwick, and the like.

The high tide was probably three years ago, when a raft of hugely ambitious low-cost Scandinavian carriers began jostling with the legacy airlines in the leap across the Atlantic. Norwegian was suddenly a key player, launching direct routes from Britain – including regular shuttles from Gatwick to both Chicago and the Texas capital Austin.

Icelandic rivals Wow Air and Icelandair were not far behind, thanks to a shrewd advertising strategy which marketed their wares as direct flights – even though passengers needed to touch down at the country’s main hub on their way across the ocean. The ad campaigns focused on the idea of Keflavik as less an airport, more an aviation bus station where you can hop off one plane and on to another without having to enter the country or pass through immigration. I tried this route in the summer of 2018, and found it wholly convenient – an all-but-non-stop arrangement (all but from the same departure gate) which had me in Cincinnati almost without noticing the briefest lay-over on Nordic soil.

Cincinnati – an attractive city in Ohio, but not its capital – wasn’t even the tip of the travel iceberg. Other regional US cities – Cleveland (also in Ohio, also not the state capital), Salt Lake City, Oakland – were also suddenly on the radar. American had never seemed closer.

Of course, a lot has changed since then. Wow Air overreached itself, and went out of business in March 2019. Norwegian – as were many airlines – was severely hit by the pandemic’s arrival, and has had to scale back its operations (although it is clinging to existence for now). And some of the routes launched in 2017 and 2018 were clearly part of a scattergun approach to brand expansion, and fell from the schedules almost as soon as they had been written in – Wow’s service into Cincinnati lasted for a matter of months.

Nonetheless, here we are, over a year into our battle with Covid-19, and the spiderweb of connections between the UK and the USA is still in a healthy condition. The following 10 Stateside cities all stand as less-heralded examples of the genre, but all can be reached without the sometimes considerable hassle of changing planes at an American airport. Better still, all have plenty to offer to the Americanophile who is happy to stick around.

Salaries for Ramaphosa, ministers set to remain unchanged – for the second year in a row 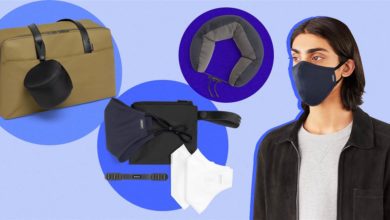 Away travel accessories collection: Everything you need to know – NBC News 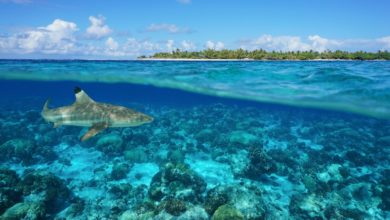 French Polynesia will reopen to international travelers on May 1